Mamelodi Sundowns chairman Patrice Motsepe has given his full support to Pitso Mosimane and his charges in their bid to clinch the Caf Champions League, Nedbank Cup and the league title. 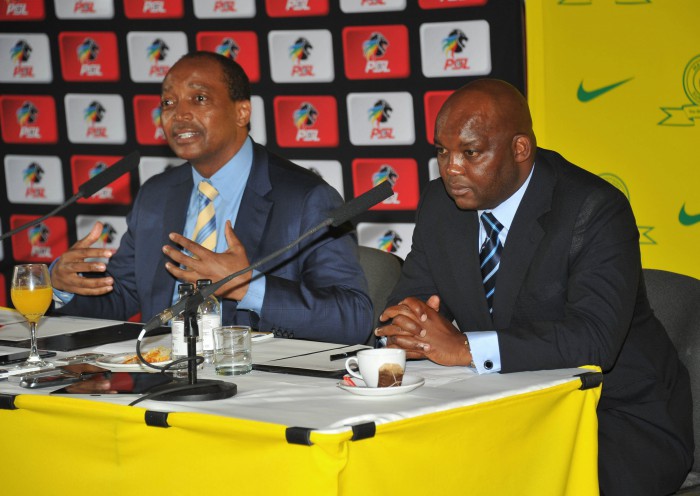 Speaking at the Motsepe Foundation announcement of a new sponsorship deal amounting to R117,5 million over the next 10 years for the development of schools football, choral and traditional music and netball in partnership with the Department of Education at the Sandton Convention Centre yesterday, the Sundowns president revealed that he is proud of Mosimane and his technical team.

“I am very proud of the work Pitso and his technical team have done, I really just wish them the best,” said Motsepe.

At the begining of the season, Mosimane found himself under fire from the Brazilian’s supporters who wanted him fired following a disappointing start to the capaign. But Motsepe stuck with the former Bafana Bafana coach.

“We need discipline. There are times when you need to tell the supporters that they have to look at the longer interests of the club. But at the end of the day, the club belongs to the supporters and you have to engage and you have listen to them. But there are times when you need to provide leadership and providing leadership means telling them that the things that they want us to do, we can’t do them. We understand your emotional disappointment and your desire for success but we have to take a look at our long-term view, which is to continue to compete and do as well as we can,” Motsepe explained.

At the moment, Sundowns are on top of the league table with 52 points, four points ahead of Bidvest Wits with seven games remaining to the end of the season.

They will be looking to maintain their lead in the standings when they take on Polokwane City at the Peter Mokaba Stadium tonight.

With Sundowns in the running for silverware in three competitions, Motsepe believes the focus should be on giving the club full support.

“I think the focus for all of us now is to support Pitso and the team.”