Orlando Pirates skipper Oupa Manyisa is adamant that they will lift the Carling Black Label Cup for the fifth time when they meet Soweto rivals Kaizer Chiefs on July 29. 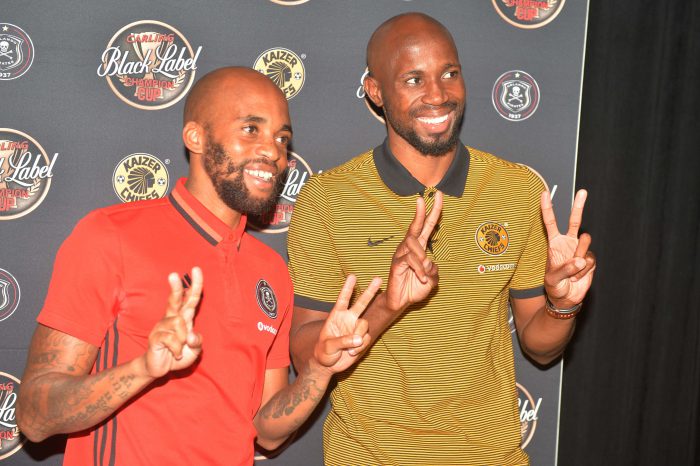 The Buccaneers have won the cup four times since its inception in 2011, while Amakhosi have won it twice.

Speaking at the competition launch at Park Station in Johannesburg, the Manyisa said the reason the club has been able to lift the cup five times was because the Pirates supporters know their players.

“Our supporters know us very well and I’m certain they will do the right thing once again by voting for the correct starting line-up as they always done in the past,” said the Buccaneers captain.

“The competition is always exciting and we are hoping to see our fans in the stadium like they always do.”

“I have never lost to Pirates since I joined Chiefs, and it won’t be any different when we meet,” said the defender.

In its seventh edition, the competitions organisers introduced a new element in the match, which will not only see the fans choosing the line-up, but also choosing the formation for their respective teams.

The organisers also announced that voting is free this time around and that fans from Lesotho, Swaziland, Zimbabwe and Namibia will also be able to vote this year.