Having staged a second half come back to eke out a point against a hard running Jomo Cosmos last weekend, Witbank Spurs will feel they can somehow collect the full points in Venda on Saturday afternoon. 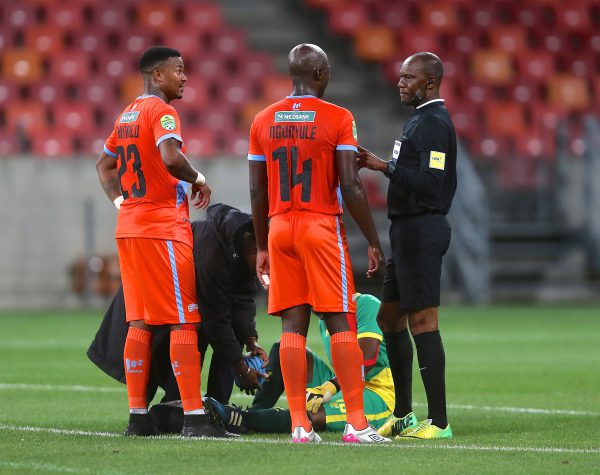 Siyavutha will meet Black Leopards at the Thohoyandou Stadium in what should be an enticing match as both teams have not ruled themselves out of the race for promotion.

Mthatha Bucks v Highlands Park, at Mthatha Stadium, 3.30pm
Embattled Amathol’amnyama are in for it against a high flying Lions of the North who will be looking to consolidate their lead. But Bucks should also see this as a chance to curb their downward spiral. A win against the division’s leaders could be a confidence boost the Eastern Cape based side need before the summer break.

Black Leopards v Witbank Spurs, at Thohoyandou Stadium, 3.30pm
Lidoda Duvha have found some form since a new coach took over and will be looking to continue their positive vein and perhaps finish the first round in a good position that will enable them to launch a challenge for the title in the last round. But it will not be easy for the Venda side against Siyavutha who have also been goind well lately.

Stellenbosch v Mbombela United, at Parow Park Stadium, 3.30pm
Tingwenyama will be looking to build on their win against Mthatha Bucks last weekend and get back into the title challenge positions. But Stellies will feel a little confident after securing a slender 1-0 win over Super Eagles in the same venue last weekend.

Real Kings v Tshakhuma, at King Zwelithini Stadium, 3.30pm
The Magic Boys should feel lucky that they are not yet a big fish in this division as they meet a side who have made it a habit to beat all the top teams in the NFD. Tshakhuma however need to also win against the smaller teams if they are to do the unthinkable and win promotion in their first season.

Super Eagles v Richards Bay, at Goble Park Stadium, 3.30pm
This should easily be a chance for Eagles to secure full points at home against a Richards Bay side who just can’t seem to get anything right this season. But playing a team as new to this division as they are could inspire the Rich Boys to finally come out of their shell.

Jomo Cosmos v Royal Eagles, at Vosloorus Stadium, 3.30pm
Based on recent form, one would easily tip Ezenkosi to cruise through Eagles but with Kostadin Papic back at the Pietermaritzburg based team, players will be looking to make an impression on him and give a little extra. Ezenkosi have been in devastating form lately and could give Papic a baptism of fire.

Ubuntu CT v Uthongathi, at Parow Park Stadium, 3.30pm
With Ubuntu struggling to get a win at home, the Cane Cutters will seek to keep their winning run going and move to safety before the summer break.