Nonkonyana insists he is eligible to stand for Safa presidency

Former Safa vice president Chief Mwelo Nonkonyana has dismissed the suggestion that he or Lucas Radebe are ineligible to stand for the organisation's presidency in next month's election. 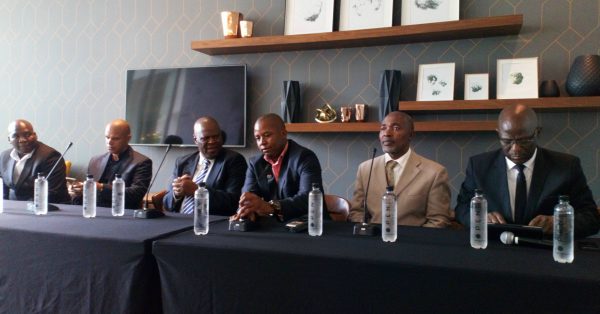 Quoting the Safa statutes, and claiming he was the head of the committee responsible for producing them, Nonkonyana said anyone who is involved in football can stand for election.

“On the issue of eligibility … if that is the only leg they (Safa) stand on, they will fall flat. We have read the Safa statutes. When Fifa told all federations to adopt new statutes that were in line with their regulations, I am the one who was tasked by Safa to head that (committee).

“It says members are entitled to nominate a candidate of their choice, but that candidate must meet certain criteria for eligibility. Those regulations say all people who are involved in football are eligible,” he said.

This follows the Football Transformation Forum’s announcement that neither Nonkonyana or Radebe are eligible to run for Safa president at the elections on March 24, and that as far as they are concerned, Danny Jordaan will be re-elected as Safa president.

The FTF say that according to the Safa statutes, you have to be a member of Safa’s structures, and that neither Nonkonyana or Radebe are members. Nonkonyana was dismissed as Safa vice-president in 2014.

Nonkonyana was speaking after the National Football Consultative Forum announced yesterday that their online poll had Tokyo Sexwale as the most popular man for the Safa presidency.

Of the seven candidates, current Safa president Jordaan received the second least amount votes with less than 10 000 people thinking he should continue with his duties.

Nonkonyana also didn’t do so well, getting just over 70 000 votes and he said he would consider not running and instead throw his weight behind Sexwale should he agree to stand.