I want to go to the World Cup – Mbane

Bambanani Mbane has admitted that Banyana Banyana defender are under pressure to qualify for the World Cup now that the national Under-17 women’s team have managed to book a spot at the global tournament in Uruguay later this year. 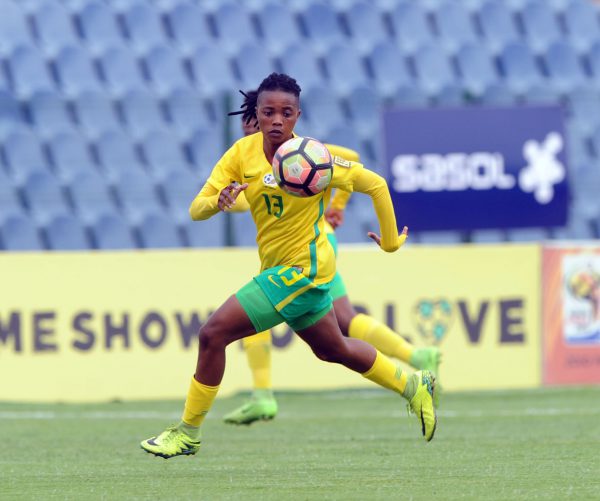 Banyana have a busy year ahead with the 2019 Africa women’s Cup and 2019 World Cup qualifiers coming up later in the year.

“I don’t want to lie, I want to go to the World Cup,” said Mbane. “As much as I see it as motivation for us the senior national team to qualify for the World Cup, it also puts under pressure.”

“I am happy for them and wish them all the best. We have to step up and work hard so that we qualify for the tournaments coming up.”

Mbane is part of the squad that is travelling to Europe for the Cyprus women’s Cup on Friday.

Banyana have been drawn in Group C alongside Hungary, Slovakia as well as Trinidad and Tobago.

The tournament starts on February 26.