Komphela refuses to give up on league title

It would be somewhat acceptable, at this stage of the season, if Kaizer Chiefs put all their eggs in one basket and focused solely on the Nedbank Cup. 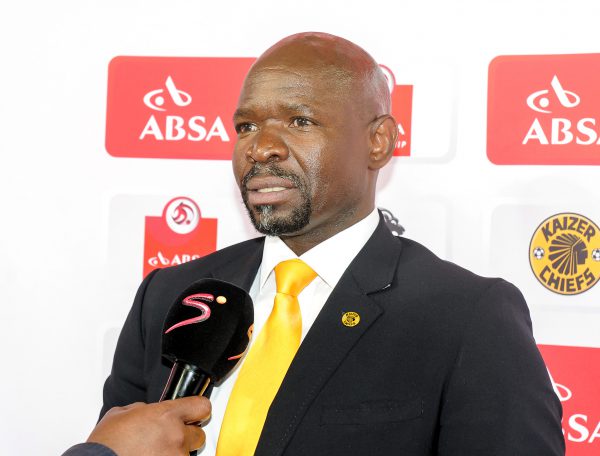 Amakhosi head coach Steve Komphela, however, insists on giving it their all in the Absa Premiership title race, even though Chiefs’ chances of winning the league appear to be diminishing by the week.

With six games left, Chiefs trail leaders Mamelodi Sundowns by seven points, while the Tshwane giants also have a game in hand. Komphela has, however, insisted that until it is mathematically impossible he will not give up.

Komphela’s side made it through to the semifinals of the Nedbank Cup with a slender 1-0 win over Baroka FC at Nelson Mandela Bay Stadium on Saturday night and he admitted that the result was good but showed they still need to work on killing off games. It was defender Erick Mathoho who scored the winner with a first-half header.

“We are happy with the performance and the result but not the score. We should have gone to the half-time break at least four or five goals to the good. It sounds crazy but there was a possibility based on the chances we had.

“We are not happy with the finishing. We need to be more clinical,” said Komphela. His side played with a bit of caution in the second half and were not as adventurous in attack and Komphela said it was almost impossible to avoid that given the score.

“At that stage you don’t have to be defensive but naturally you become cautious and you don’t find the same fluidity. If we had got a second goal it would have come. We need to kill off matches so we can play with more ease,” said Komphela.

Coincidentally, Amakhosi were pitted against Free State Stars in the Ke Yona semifinals – the two meet tomorrow night in an Absa Premiership match. Both have an outside chance in the Premiership title race and Komphela admitted it will be a tough game at Goble Park.

“We go back again and look into the Absa Premiership. We have a game on Wednesday and the most important thing now is recovery for the players because some have knocks and we have to have them ready. It’s not going to be an easy match. The important part is to get the players refreshed for it,” he said.