Kaizer Chiefs coach Steve Komphela believes his team is heading towards the final stages of their revival under his guidance. 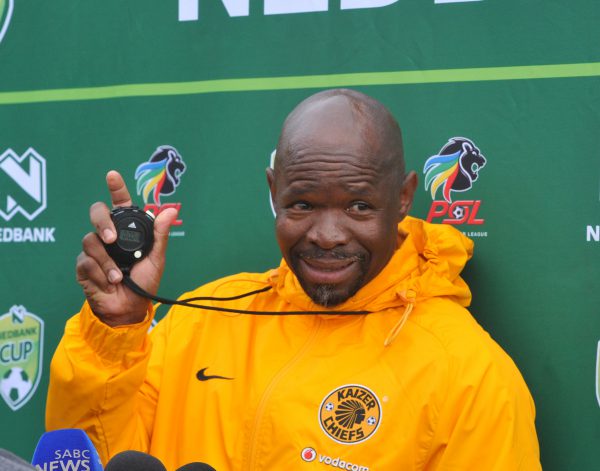 Yet Amakhosi’s next four matches – or five if they beat Free State Stars tomorrow in Durban and earn their place in the Nedbank Cup final – could well be the the 50-year-old mentor’s swansong at the club.

Speaking ahead of tomorrow night’s Ke Yona semifinal at Durban’s Moses Mabhida Stadium, Komphela explained, in his own inimitable style, how his team are in the fourth of six stages since he took over in 2015. It seems unlikely, however, that he will be around to oversee the final two stages, as the Amakhosi supporters have clearly shown that they no longer need him at the club after his failure to win any silverware in the last three years.

“In the first year, when we explained the development stages of any team, we said there is forming stage – we are past that. Then there is a storming stage where there are dynamics regarding those coming in and those likely to go out. After that it is the “norming” stage.

The one thing which most believe could swing the balance his way could be winning the Nebank Cup, which could somewhat calm the nerves.

But there are a relentless Ea Lla Koto lying in wait, a team coached by Luc Eymael who is desperate to crown his noticeable efforts with some silverware. Eymael has done a convincing job since joining Stars, and has even been heavily linked with taking Komphela’s job next season.

“It’s a difficult one,” admitted Komphela. “But the beauty of it is that we played them in a league match recently. We know their weaknesses and strengths. But they also know ours. They will bring their best performance with them.

“We remember in the Telkom Knockout as well, we played them in Durban and we suffered a setback against them. So the most important thing for us is to win.”

ALSO READ: Can it be two times lucky for Mthembu over former teams in Durban?