At the end of every season, Lebohang Maboe has to endure his father Sidwell teasing him, as Maboe senior boasts about his medals he won during his playing days. 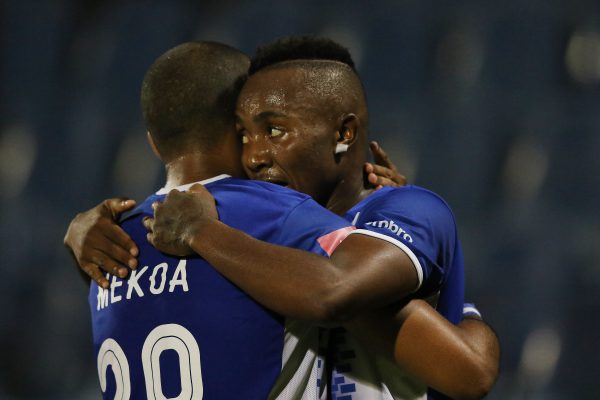 Now Lebohang is on the verge of adding his own first medal which he can’t wait to put on display alongside his father’s.

The Maritzburg United midfielder is hoping his side will cap off what has been a great season for them with a Nedbank Cup win. The Team of Choice meet Free State Stars in the Ke Yona final at the Cape Town Stadium tomorrow evening.

“My father won a lot of medals in his day,” said Maboe junior. “He is always teasing me, saying I haven’t added anything to show that I am playing professionally as well. He does that to encourage and challenge me to fight to have my own medals. I have told him that when I come I will have one to replace his old ones,” said Maboe jokingly – his father played for Orlando Pirates, Bloemfontein Celtic and AmaZulu.

The 23-year-old understands that getting a medal will demand they work their socks off tomorrow and he declared his team ready and willing.

“It’s been a very long but exciting season. It’s something we aimed for. When the season started we said we want to make at least one cup final. Now we want to win it and get to play Caf football next season. We want this team to be known on the continent as well,” he said.

Maboe admitted he would hate to go home to Pietermaritzburg without the trophy, as that would disappoint their fans who have been very supportive this season.

“We are also doing this for our fans who have been good to us. They make us want to win every game. We will work as a team. That’s our strength,” he said.

If Maboe and his team-mates win the trophy they will go into the club’s history books as the first generation to bring silverware to the club.