Zwane not fazed by pressure at SAB Championships

Gauteng coach Mandla Zwane says he is fazed about the pressure of defending the SAB Under-21 national championship playing at the King Zwelithi Stadium. 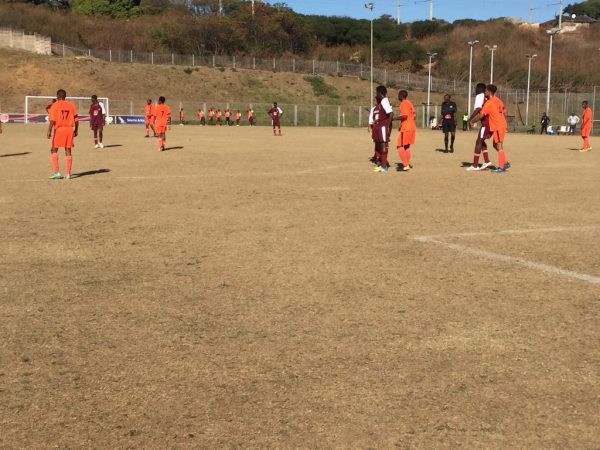 Having won the tournament at home soil last year, Zwane and his charges began the 2018 edition of the competition on a positive night te with a 2-0 victory over Free State on Tuesday.

“First games are difficult, the important thing is to get maximum points. The state of the pitch was not really great, but we were able to play and we can’t complain about it,” said the former Orlando Pirates, SuperSport United and Black Leopards player.

“There is always a pressure when you are a defending champion of any tournament, and especially us because we are from Gauteng because all eyes are on Gauteng looking at the fact that we are the economic hub of the country. But it’s life of a footballer, there is always pressure.”

On their way to lifting the SAB trophy last year, the team’s attack was led by Kaizer Chiefs young striker Yussuff Bunting, who ended the competition as the top-goal-scorer 12 goals in five matches.

However, with the experienced Bunting not in the current squad, Zwane believes there will be one or two players that will be as outstanding as Bunting was.

“I don’t see that as an issue, I just see it as a positive step towards football development. Remember Ronaldo was not there and he cane trough and replaced somebody.”

The competition is made out of nine provincial teams including a University Sports South Africa (USSA) divides in two groups of five teams each.

The top two teams at the end of the group stages will proceed to the semi-finals to be played on Friday and the final will be played on Sunday afternoon.