The young players will take their preparations for the Fifa Under-17 World Cup in Uruguay this year to Spain, where they are scheduled to play two matches against two Spanish sides. 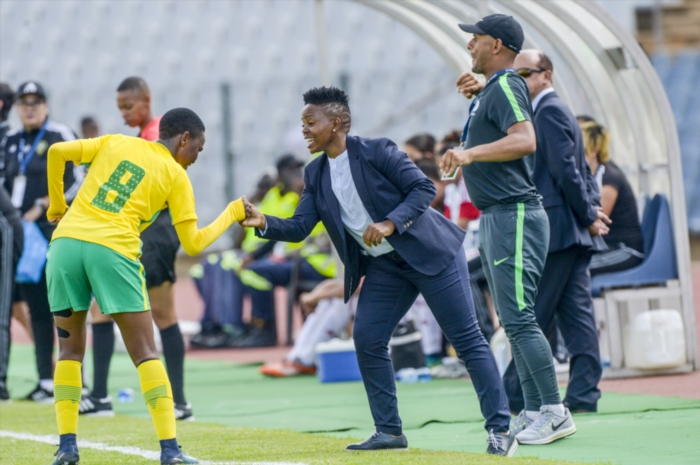 Karabo Dlamini of South Africa celebrates with coach Simphiwe Dludlu of South Africa after scoring a goal during the U17 World Cup Qualifier match between South Africa and Morocco at Dobsonville Stadium on February 04, 2018 in Johannesburg, South Africa. (Photo by Sydney Seshibedi/Gallo Images)

Coach Simphiwe Dludlu’s team reported for camp on Monday and will depart for Spain on September 20. Team manager Levy Ramajoe confirmed the Spain tour and says they are also looking to organise a number of international friendly games.

“In preparation for the upcoming World Cup event, we are going to have a number of training camps as well as international friendlies to help them get ready for the tournament,” Ramajoe told Safa.net.

“Our first friendlies will be in Spain where we are scheduled to have two matches against top Spanish sides. There are a number of international friendly matches we are working on because we want our girls to be fully prepared before they travel to Uruguay.”

The World Cup is scheduled for November 13 until December and Bantwana have been grouped in group B where they will take on Mexico, Japan and Brazil.