Back to the day job for Banyana

The senior national women's team assembled for camp in Cape Town this week to start preparing for the first match against the Dutch side on January 19 at Cape Town Stadium. 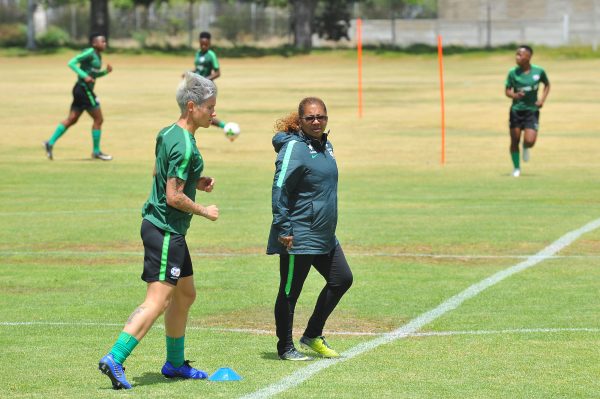 Following their great displays last year, Banyana Banyana are already hard at work as they prepare for their first-ever appearance at the Fifa Women’s World Cup, with two friendly games against the Netherlands and Sweden lined up for them this month.

The senior national women’s team assembled for camp in Cape Town this week to start preparing for the first match against the Dutch side on January 19 at Cape Town Stadium, before locking horns with the Swedish team three days later at the same venue.

Banyana head coach Desiree Ellis has called up 26 players for the matches, keeping most of the players that did duty at the Caf Africa Women’s Cup of Nations, where they finished runners-up to Nigeria last year.

Ellis joined the squad yesterday together with Thembi Kgatlana and Noko Matlou after attending the Caf Awards in Dakar, Senegal. At the awards, Ellis walked away with the Women’s National Team Coach of the Year accolade, while Kgatlana bagged two awards – the best African Goal of the Year and the Women’s Player of the Year award.

The Banyana coach was grateful for the recognition.

“I should also thank the coaches that have come before me at Banyana Banyana as they laid the foundation and we have just continued with that. They say ‘it’s all in God’s timing,’ and this is the time. Thank you very much South Africa, but the hard work starts now as we prepare for our next big challenge, that is the World Cup,” said the Banyana coach.

Sweden and the Netherlands are expected to arrive in Cape Town on Monday to begin their preparations.

The Fifa Women’s World Cup is set to be played in France from June 7 to July 7.