Chiefs not giving up on league title

Amakhosi's chances in the Premiership race don't look too bright on paper, but in football anything can happen. 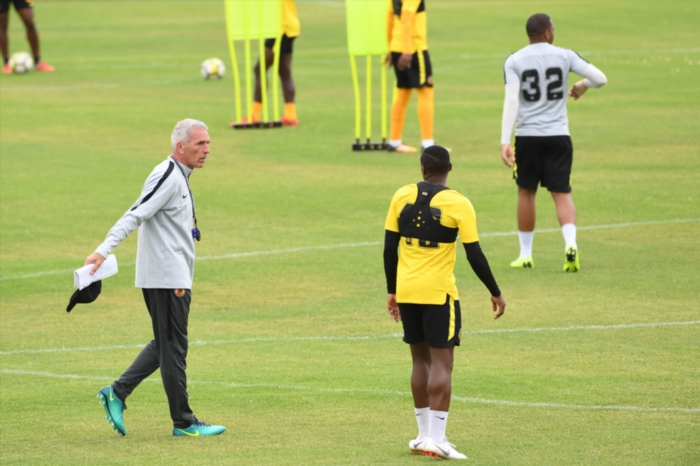 Write Kaizer Chiefs off for the Absa Premiership title at your own peril was the message from midfielder George Maluleka after he was conferred with the Premiership Goal of the Month award for December yesterday, saying they would push until the last day.

Maluleka’s long-range strike against former side SuperSport United was voted by the supporters as the month’s best goal.

“I didn’t (expect it), but we have a lot of supporters. I did have a look at the other goals (scored) for that month, I am very happy, it’s thanks to our supporters. (As a defensive midfielder) It’s very rare that you are in a scoring position,” he said of his gong.

But the 30-year-old can only take motivation from his individual achievement and knows it will count for nothing should the team end yet another campaign without silverware.

Amakhosi’s chances in the Premiership race don’t look too bright on paper, but in football anything can happen and Maluleka has urged his team-mates to fight to the end.

“I still think we can do it. I believe it will go to the last day,” said Maluleka who seems to be enjoying his football lately.

“I wouldn’t say there is a different George. I am still doing the same things and working hard. But maybe with more focus now at this stage of the season, we know what is still possible to get and what is out there.

“As a team we realised it’s still possible. There are two trophies still available and we will push for them until the last day,” he added.

Chiefs have a tricky Premiership match at Polokwane City at the weekend.

“It is a very important game, getting three points will mean we are still within reach of the title chasers. We owe it to ourselves and the supporters to try and get the three points. We believe. Anything is still possible. Others are still getting draws as well, so hopefully it will swing our way.

“It’s always tricky playing Polokwane City, you never know what to expect. We respect them but we know that if we can play the kind of football we have been playing recently, then we can put ourselves in a position to win.

“We know we will create the chances, now we need to finish them.”