Pirates are at Orlando Stadium again on Saturday where they host Free State Stars looking to stretch their lead even further. 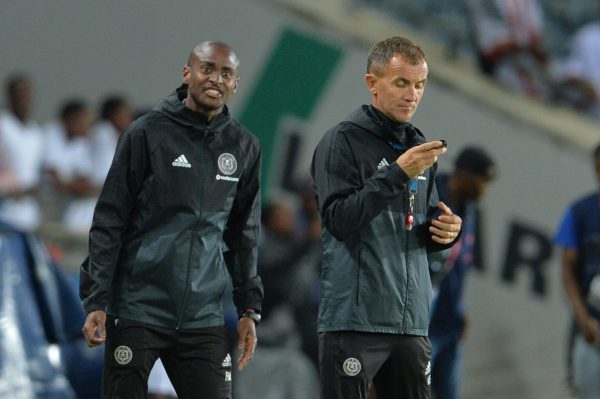 It is the home stretch for Orlando Pirates in the Absa Premiership but it might be a bumpy and eventful run for the Soweto giants who have become favourites for the title after opening a three point lead atop the standings.

Pirates have shown a fighting spirit and luck has also been on their side with a last minute own goal handing the three points against fellow title contenders Bidvest Wits and a hard fought for win over Black Leopards on Wednesday night.

Bucs coach, Micho Sredojevic admitted that playing against Leopards was not going to be easy for his side especially coming from their gruelling win over Wits last weekend.

The Serbia born coach and his Bucs charges recorded a 1-0 win over Wits, before going on to register their second successive Premiership victory with a 2-0 triumph over Lidoda Duvha at the Orlando Stadium.

With the win, the Buccaneers now find themselves on the summit of the league table with 47 points, three ahead second-placed Mamelodi Sundowns. However, the Pretoria outfit have two games in hand but could also be deducted points today after they were found guilty of playing an illegible player early in the season.

“After winning on Saturday away that many would say was lucky… we recovered very well prepared the team touching all the details that are very important when it comes to playing against Black Leopards and looking at the sources of their danger and points of their vulnerability to expose them. And in that regard, I believe we succeeded,” said the Bucs mentor.

“It’s not easy to play against Leopards, as you can see in the league it’s either you eat or get eaten. It’s a jungle where everyone can beat anyone. We kept concentration throughout the match and they had only two occasions where they endangered our goals with Stitch’s (Karabo Tshepe) shot and Mwape Musonda’s header. I want to give credit to the players for the defensive display and not allowing our opponents to endanger our goals more than twice.”

Having been presented with plenty of goal-scoring opportunities, particularly in the first half, Sredojevic believes his team could have long sealed the victory after Luvuyo Memela’s goal in the 23rd minute, before waiting until the 80th minute to get the second goal courtesy of man-of-the-match Thembinkosi Lorch’s header.

“We were supposed to kill the game early in the first half, however, leading 1-0 and we are missing chances and you know how football works…It will tell you that you had your chances and now it’s time for the opponents. We were on our toes until the 80 minutes when “Super-Nyoso” (Thembinkosi Lorch ) said ‘enough is enough, let us close shop’. We had chances to score more, but we did not do that. Now, this match is history and we will now focus on our next match against Free State Stars on Saturday.”

Pirates are at Orlando Stadium again tomorrow where they host Ea Lla Koto looking to stretch their lead even further.