Khama Billiat's trophy cabinet is gathering dust since he joined Kaizer Chiefs from Mamelodi Sundowns but now he is aiming to change that by adding the Nedbank Cup winners' medal. 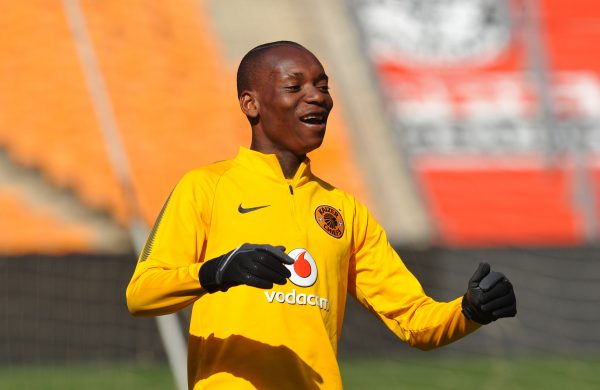 It has not been an easy first season for the flashy Zimbabwean forward with injuries stunting his progress but he hopes to make a meaningful contribution by helping to end the club’s longest dry spell so far.

He is one of the players who coach Ernst Middendorp and the millions of fans will pin their hopes on when they meet Chippa United in a Nedbank Cup semifinal match at Nelson Mandela Bay Stadium in Port Elizabeth on Saturday night.

“We can’t call this one of the best seasons for Chiefs,” said Billiat at the club’s base in Naturena yesterday. “I have always watched them from outside and they have had better seasons. It would be great to finish with a trophy,” he added.

He admitted that the pressure was building up as the season nears the end and the team is yet to add any silverware to the club’s trophy cabinet.

“It is becoming tougher and every game we play as the season nears the end gets more difficult. It now requires every player to be more focused and avoid mistakes. We have to go to games wanting the result more than our opponents.

“You always want to contribute as much as you can regardless of issues you have no control over like injuries and such. But anytime you are given a chance you want to give everything you have. I just hope that at the end of the season I will be able to look back and see my contribution as valuable,” he said.

Chiefs have improved quite measurably since Middendorp took over in December but the results have not been forthcoming and Billiat believes that if they could create better chances and improve their conversion ratio, things would definitely be better.

“As strikers we haven’t been scoring as much as we would have wanted. We are trying to work on our combinations so we can create more chances and score more goals.

“We try to give each other confidence and support one another to make sure everyone given a chance gets on the scoresheet.”