“Tower" opened the scoring 12 minutes into the match after he was allowed a free header inside the Leopards box from George Maluleka's cross. 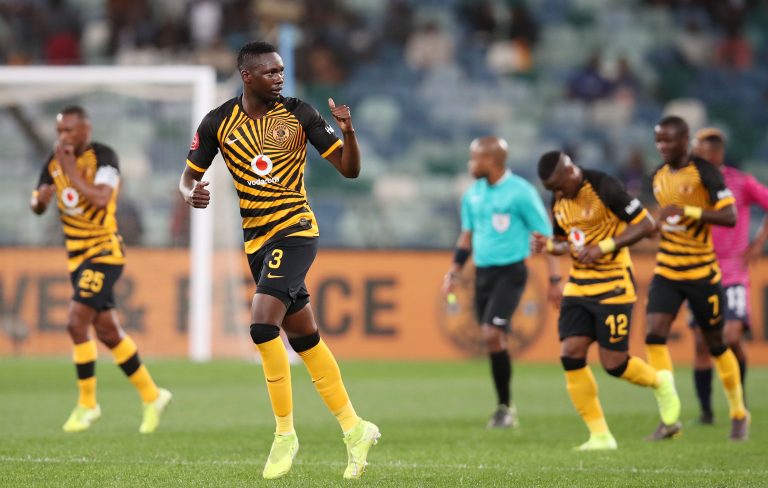 Eric Mathoho of Kaizer Chiefs celebrates goal during the Absa Premiership 2019/20 match between Kaizer Chiefs and Black Leopards at the Moses Mabhida Stadium, Durban on the 10 August 2019 ©Muzi Ntombela/BackpagePix

It was Erick Mathoho who was to be a hero for a second match in a row for Kaizer Chiefs as his first half goal was enough to help Amakhosi to their second Absa Premiership win at Moses Mabhida Stadium in Durban on Saturday night.

It was the defender’s second goal in as many matches for Amakhosi as he scored the winner against Highlands Park last weekend.

“Tower” opened the scoring 12 minutes into the match after he was allowed a free header inside the Leopards box from George Maluleka’s cross.

Mathoho also did his defensive duties quite well and was deservedly named Man of the Match.

Leopards had a chance for an equaliser in the 26th minute with Lefa Hlongwane expertly picking Tshwarelo Bereng with a through ball. But Bereng rushed his shot with Daniel Akpeyi out of his line and trying to close him down. Had he taken a few more touches and rounded the keeper, he would have had an open net.

Chiefs also had chances of their own to increase the score in the first half but didn’t make it count. Amakhosi’s display lacked fluidity but they were quick when in attack although their forwards will need some time to get an understanding going.

Lidoda Duvha looked decent on the ball but ran out of ideas up front which resulted in many of their attacks failing to penetrate the Chiefs defence.

Chiefs coach, Ernst Middendorp rang the changes at start of the second half with Leonardo Castro making way for Dumisani Zuma.

But the change didn’t do much as Leopards looked the better of the two sides in terms of attacking play. But they still lacked sharpness and precision up front.

Mathoho meanwhile came close to a rare brace but his shot in the 58th minute went wide with Jonas Mendes in the Leopards goal beaten. Lebogang Manyama had a chance to add a second for Amakhosi 15 minutes to the end but was denied by Mendes who made a brave save with his stretched leg.

Maluleka also came close for Amakhosi with four minutes to the end but his shot hit the cross bar and sailed away.
Akpeyi was finally made to earn his money right at the end as he tipped over Joseph Mhlongo’s free kick.