"But we cannot change it, it is what it is," said a philosophical Josef Zinnbauer. 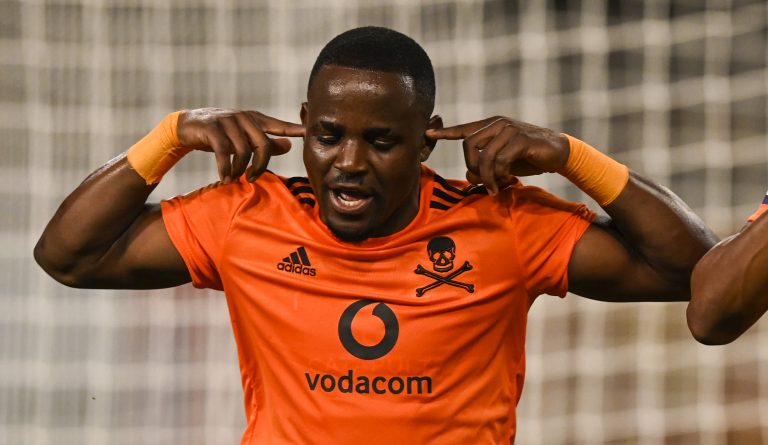 Even with four of his strikers out due to injuries, Orlando Pirates coach Josef Zinnbauer says that is not an excuse for his team’s failure to be more lethal in front of goals.

These injuries have forced Zinnbauer to play with a makeshift attack in their last two games, having last played with a genuine striker in their goalless draw against Golden Arrows, when Dzukamanja was up front.

The Bucs coach, however, admits that it is tough to play without a striker, after the club played to a 1-1 draw against TS Galaxy at the Orlando Stadium on Tuesday.

“It’s difficult, it’s not Gaba alone, Lepasa, Mabasa and Dzukamanja also. We have four strikers out, but we cannot change it, it is what it is. We have to work with the players on the field. We have enough opportunities to score. We had Fortune Makaringe in the first half completely alone, but the header was not good enough (during the Galaxy game). Maybe he should have chest trapped the ball and scored,” said the Pirates coach.

“Bongani Sam as a full-back scored for us and I’m happy about that, he had a top game. Azola Tshobeni came in as well but he was not fresh enough for this game. He is also a player that can score, but he is not a striker. Like I said, it is what it is. We cannot say we don’t have enough players that can score. We had the opportunities, but at the moment we need the power and the body language to score.

“We have to work more than before on this, but we don’t have enough training sessions. We couldn’t work with shooting or crossing in the last two weeks. But we see it and I know that when we get the goals and we get a good run (win games) and maybe the strikes come back we will have more opportunities (to score).”

It’s difficult times indeed for the Buccaneers, especially with the club heading to a Soweto derby against Kaizer Chiefs at the FNB Stadium on Saturday.

Adding to Zinnbauer’s problems, Innocent Maela will miss the Amakhosi clash to suspension. But that is not as much of a problem for the Bucs coach as he believes there are plenty of players in the squad that are able to fill that void.

“After the game I don’t know what’s going to happen tomorrow, we have to see what happens with the players in the field (training). But we have a solution we have other players for the next game. There is a solution for this position (left-back), more than the striker.”