Jele says Pirates need to have the same fighting spirit that helped them lift the MTN8 trophy earlier this season. 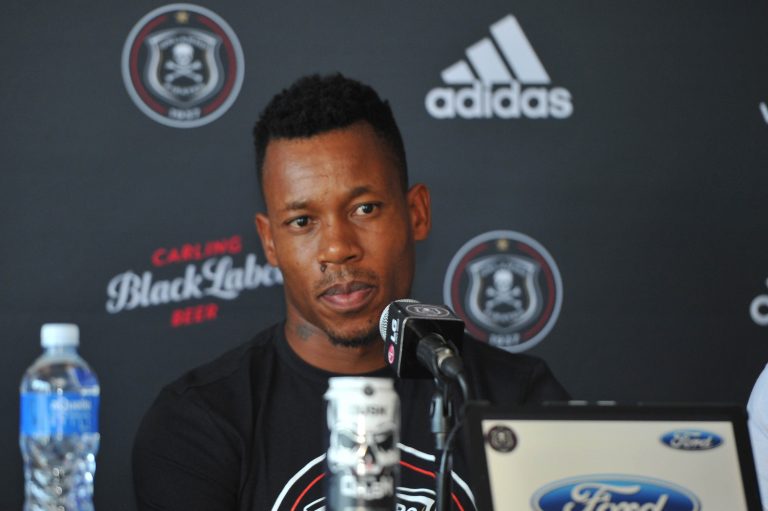 Happy Jele might have struggled for game time at the start of the season, but the Orlando Pirates captain has forced his way back to the Bucs line-up and says hard work is the reason behind his return into the team.

Jele, who has played for the Buccaneers for over a decade knows that there is still a lot of improvement to be made at the club with results not going their way as of late.

“It feels great to have played for Pirates for such a long time. Obviously personally this season didn’t start well. I had to work hard to come back for my position. Now at least I’m getting some game time but there is still a lot that I have to improve on in my game. It’s been good, but I have to push and help the team get something (another trophy),” said the Bucs skipper.

With the club preparing for the Nedbank Cup encounter against GladAfrica Championship side Uthongathi FC at the Orlando Stadium on Saturday, Jele emphasises the need for the side to start being consistent. The Bucs skipper says they have to have the same fighting spirit that helped them lift the MTN8 trophy earlier this season.

“Each and every game we want to play as a team, but we lose some of the games because of lack of concentration sometimes. All we need to do is put more effort and be more consistent to win games as much as possible. Because Pirates is a big team and we can’t afford to lose games the way we did yesterday (lost to Golden Arrows on Tuesday),” he added.

“We have to work as a team and improve. We need the spirit that we had when we played in the MTN8. We need that spirit again to lift our heads up and keep on going. If we can get the result that we want in the next game we will see from the following game if we can be consistent and win some games.”