Stellies toughened up by Sundowns defeat

Stellies succumbed to the defending Nedbank Cup champions after extra-time where they lost 3-2 at the Loftus Versfeld Stadium. 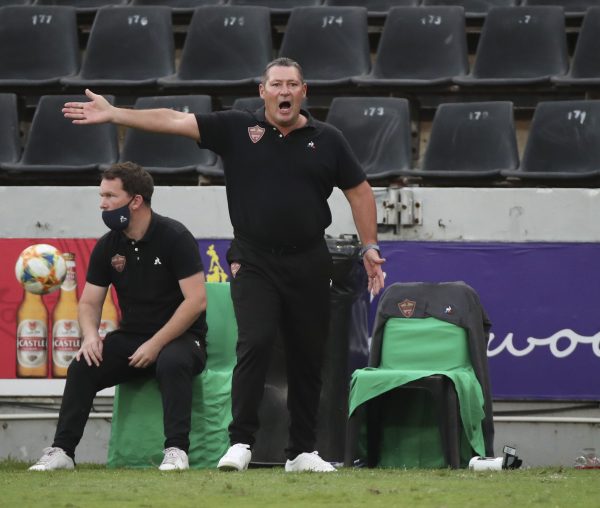 After Wednesday night’s performance against Mamelodi Sundowns in the Nedbank Cup last-32, Stellenbosch FC head coach Steve Barker has seen that his team has got the balls to match-up heavyweights such as Masandawana, and wants his side to build on that display to become one of the trickiest sides in the premier division.

ALSO READ: Sundowns made to sweat by Stellies in five-goal thriller

Stellies succumbed to the defending champions after extra-time where they lost 3-2 at the Loftus Versfeld Stadium.

The visitors did not do what most clubs do when they visit the capital city – sit back – they took the match to Sundowns and scored first goal before scoring again in stoppage time to force the tie to go on for 30 more minutes.

“We thought we were going to take it to penalties but unfortunately we did not. Credit must go to Sundowns, they persevered in the way they played. But I am proud of the effort of the players and the commitment that they put in, I cannot fault them but I am obviously disappointed to lose in this manner and not get ourselves a chance for a penalty shootout,” said Barker.

“As a club we work hard to get the players to play with character and personality. We want to be a team that is aggressive with the ball and we want to have an identity that we are a tough team to play against and a team that is hard to be.

“At the same time we want to develop our playing ability, creating and scoring goals. Getting that balance right is never easy, but I am proud of the players. When you lose a game like this, you can still walk away proud of what the players have done for the club,” he added.

Now that they’re out of the cup, Stellies will redirect their focus to the league where they sit at position 11 after 14 games with just 15 points on the board.

They will have a bit of time before they face the high-flying Golden Arrows side in a DStv Premiership match on 12 February.

“We fell a little bit short, if we had gone to penalties, it was going to be 50/50 and anything could have happened. We now have to focus on the league and get wins under our belt and if we continue in this manner, I have no doubt that we will turn out to have a successful season and we will reach the targets that we set out for ourselves at the beginning of the season.”