Mnyamane scored the winner in the second half to help the top-flight rookies record a popular win over The Spartans, beating them 1-0 in Thohoyandou Stadium on Thursday evening. 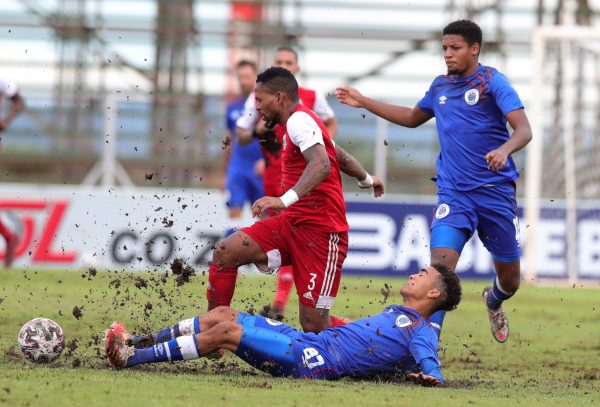 Tshakhuma Tsha Madzivhandila landed the knockout blow on SuperSport United in the Nedbank Cup, and thanks to SuperSport former talisman, Thabo Mnyamane.

Mnyamane scored the winner in the second half to help the top-flight rookies record a popular win over The Spartans, beating them 1-0 in Thohoyandou Stadium on Thursday evening.

Meshack Maphangule provided the assist for Mnyamane, who gave Matsatsantsa a glimpse of the quality that they decided to let go.

The former SuperSport winger did not observe the unwritten rule of not celebrating when scoring against your former team as he surged to the corner flag after beating Ronwen Williams, his teammates joined him for one helluva dance.

Mnyamane was only left on the pitch for some seven minutes after he scored the goal as Lerato Lamola was brought on by TTM coach Joel Masutha in the 68th minute. Masutha also brought the troubled Tokelo Rantie, who is enjoying a lifeline with the Venda-based side.

Rantie has been struggling to keep to one club for the past couple of seasons, where he was with Cape Town City before he was given an opportunity by Mamelodi Sundowns. He left both teams without kicking a ball as his contracts were prematurely terminated.

In the final 10 minutes of the game, the hosts were happy to sit back and absorb the wave of attack coming from the capital city outfit as they protected their goal until the fat lady sang.