Mbunjana was the unlucky one whose penalty didn’t go into the back of the net and Sporting walked away 5-4 winners on the day and advanced to the next round. 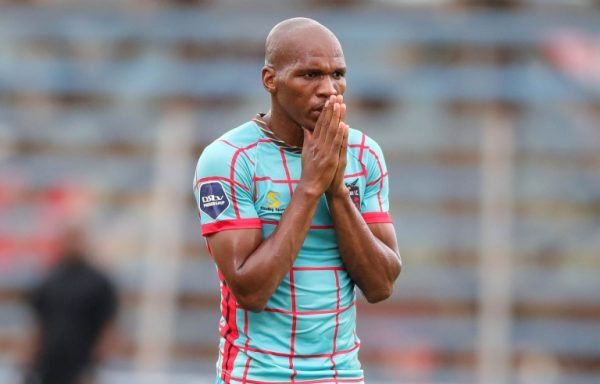 TS Galaxy midfielder, Mlungisi Mbunjana probably felt ashamed and wished the earth would just open up and swallow him after missing a penalty which led to the club being knocked out of the Nedbank Cup two weeks ago.

ALSO READ: Sundowns and Pirates avoid each other in Nedbank Cup last 16 draw

Galaxy were surprised by their provincial rivals, TS Sporting who played them to the penalty shootout in the Ke Yona last 16 fixture at Ellis Park.

Mbunjana was the unlucky one whose penalty didn’t go into the back of the net and Sporting walked away 5-4 winners on the day and advanced to the next round.

Knowing how important the Nedbank Cup is at the club what made Mbunjana feeling sad.

“It’s sad to miss a penalty and it drops the confidence of the player,” said Mbunjana. “That’s what’s happened to me as well. It made me sad, it made me drop my head…

“I didn’t feel good about it. But the coach spoke to me and told me that any player can miss a penalty and that we actually must look at the bigger picture which is that if we do well in the league and keep the status, we have another chance at the Nedbank Cup next season.

“I was disappointed because the team didn’t progress to the next round. This is after all the cup that made South Africa recognize the team. It is something we were looking forward to,” added Mbunjana.

The Rockets have not kicked a ball in an official game since then and Mbunjana says the break has helped the side work on aspects of their game they couldn’t address before.

“The coach has been working on areas where we lack and we’ve had enough time because we didn’t have a game since that other weekend.

“That gave us time to work on things that we couldn’t when we had back-to-back games. The wins against Leopards and Maritzburg made a big difference in moving us away from where we were and we are moving toward mid-table. We are going for full points so we can climb up the table.”

Galaxy visit Chippa on Saturday afternoon for a DStv Premiership fixture and Mbunjana said with the teams in a similar situation it will be an interesting game.

“Every game is important and we must take every game serious and prepare as best as we possibly can. Like now we are going to Chippa and we are preparing the same way we did when we were going to play Black Leopards and Maritzburg and went on to win,” said the former Cape Town All Stars player.