Pirates looking for a league ‘double’ against SuperSport

The Buccaneers beat Matsatsantsa in the first round of the season at the Orlando Stadium. 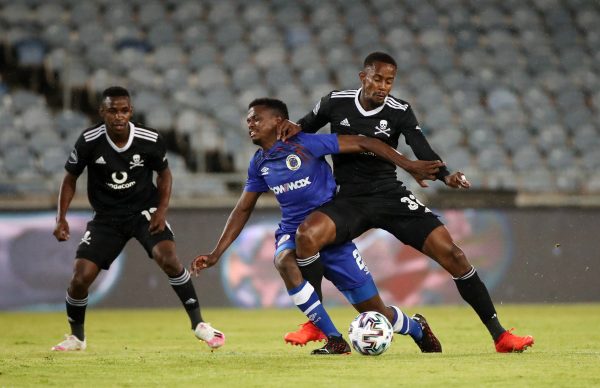 Orlando Pirates will be going all out for maximum points against SuperSport United when the team’s meet in a DStv Premiership match at the Lucas Moripe Stadium on Wednesday, says Bucs assistant Fadlu Davids.

The Buccaneers beat Matsatsantsa in the first round of the season at the Orlando Stadium.

A 2-1 scoreline for the Soweto outfit was all they needed, with goals from Zakhele Lepasa and Tshegofatso Mabasa seeing them to victory.

However, things have changed in the last few months with Buccaneers league form having not being consistent. In their last three league encounters, Pirates managed to record two victories by beating Kaizer Chiefs and Cape Town City, while losing to KwaZulu-Natal outfit Golden Arrows.

Bucs currently occupy fifth spot on the log with 28 points, whereas the Pretoria club are in second place with 32 points from the equal number of games.

Kaitano Tembo’s charges log position might look good at the moment, but their last three fixtures are not convincing for a club that is in the championship title race.

They lost to Bloemfontein Celtic and registered a win against Cape City before playing to a draw against Amakhosi.

“SuperSport are the inform team in terms of their log position, in terms of their league form, so we have to be prepared to go to Lucas Moripe and get the result. We beat them in first round, so we know they will come out with all attacks plus it’s their home-ground, but we have to go for a win. But we need the points and three points is what we are after,” said the Pirates assistant.

Getting a win for both these sides is vital with the league race continuing to intensify. For Pirates, the Soweto club trails log leaders Mamelodi Sundowns by eight points at the moment. But victory for them will see them close the gap to five points. SuperSport on the other hand, a win will take them to 35 points with only one point separating them and Downs.