“Jamie is showing that he wants to be a 90-minute player, his work ethic is very good and I don’t doubt his technical abilities," said the SuperSport United coach. 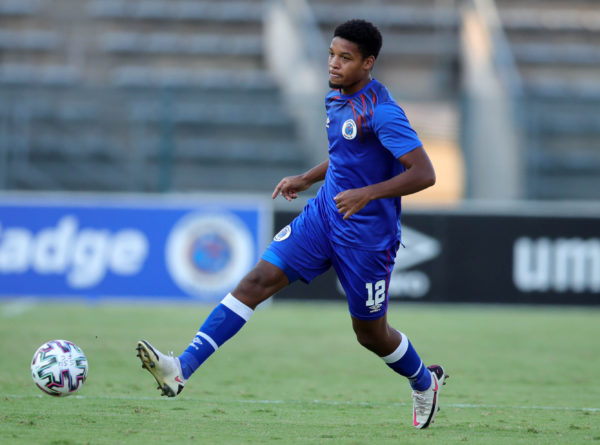 Jamie Webber has made a real breakthrough at Supersport United this season. Picture: Samuel Shivambu/BackpagePix.

The whole of last season Jamie Webber played 16 games in the league and he has gone two games better in the halfway mark of the DStv Premiership campaign, much to the delight of his coach Kaitano Tembo, who is pleased to see the 23-year-old midfielder paying back his trust in him with impressive performances.

Webber has missed just two games this season, making him a regular in Tembo’s team as opposed to being a rotational player where he would come on in the latter stages of the game last season.

“Jamie is showing that he wants to be a 90-minute player, his work ethic is very good and I don’t doubt his technical abilities. The challenge for me with him is consistency and I want him to improve in each and every game and training session,” said Tembo.

Another player who has been ticking the right boxes is 21-year-old Jesse Donn, who, however, has not featured much this season but Tembo is confident that Donn will eventually get his chance at midfielder where the likes of Sipho Mbule and Teboho Mokoena continue to star for Matsatsantsa A Pitori.

“Jesse has been a little bit behind in the pecking order and we know what he can do. He has been patiently waiting for his opportunity and sometimes he gets dropped, but that’s what happens to youngsters. They have to want it and have that hunger and desire that whenever they are called upon they are ready,” said Tembo.

“Overall I have been happy with their performances and the challenge for them is to continue working hard because they have got a good attitude and they need to start stepping their authority and fighting for their positions,” whose side will not be in action for about two weeks.

“The break helps because we have a young squad and a small team and when we have players playing every three games, sometimes you tend to lose that momentum because we don’t have enough fresh legs. If we are fresh and we have players coming back from injury, it seems as though they are new players and the break is coming in at the right time,” Tembo explained.