Chiefs’ Mashiane won’t celebrate if he scores against Maritzburg

"I have to respect him ... he is one of the coaches who gave me a platform," said the Kaizer Chiefs man on United coach Ernst Middendorp. 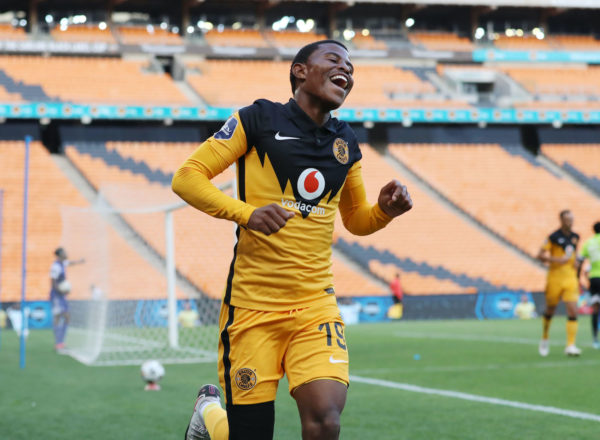 Happy Mashiane has explained why he won't celebrate like this if he scores against Maritzburg United. Picture: Muzi Ntombela/BackpagePix

Happy Mashiane says he will not celebrate if he scores on Wednesday for Kaizer Chiefs against Maritzburg United in a DStv Premiership clash against Amakhosi’s former head coach Ernst Middendorp.

It was Middendorp who gave Mashiane his debut at Chiefs in early 2019, and the Chiefs left-sided players says he will show respect to his former mentor.

“I have to respect him. If I score I won’t celebrate, he is one of the coaches who gave me a platform,” said Mashiane, who is having his best season yet under Gavin Hunt, with three goals already to his name, including one in Chiefs’ 2-0 Caf Champions League Group C win over Petro de Luanda on Saturday.

Mashiane was only just returning from an injury that had kept him out since February 17.

“Coming back from injury wasn’t that easy, I had to work hard to be in the starting line up, and I was fortunate enough to score a goal,” added Mashiane.

Chiefs have struggled all season, with Gavin Hunt unable to build on the work done by Middendorp, who finished second last season, only to be fired after missing out on the league title to Mamelodi Sundowns on the final day of the campaign.

While Hunt has had the valid excuse of being hindered by a transfer ban, which has made him unable to build the side he wants, Chiefs’ results have still been desperately disappointing, with just four wins in their first 17 league games.

Amakhosi did beat United in the MTN8 quarterfinals, but also lost to them in the first round of the DStv Premiership, with Judas Moseamedi getting both goals.

Maritzburg are still sitting in the relegation zone, however, and badly need the points at the Harry Gwala Stadium.

“It will not be easy, we know in the first round they won at FNB, and … we know at Harry Gwala most teams don’t leave with maximum points,” added Mashiane.

“Maritzburg don’t concede too much, they are a good team, most of the time … they are dominating in terms of keeping the ball and they have speedy players.

“It is not a good thing for a big team like Chiefs to be tenth on the log but we are taking it one game at a time.”