Four goals are kind in the end to Rise and Shine, who are resoundingly thumped by Masandawana, setting up a quarterfinal against Orlando Pirates. 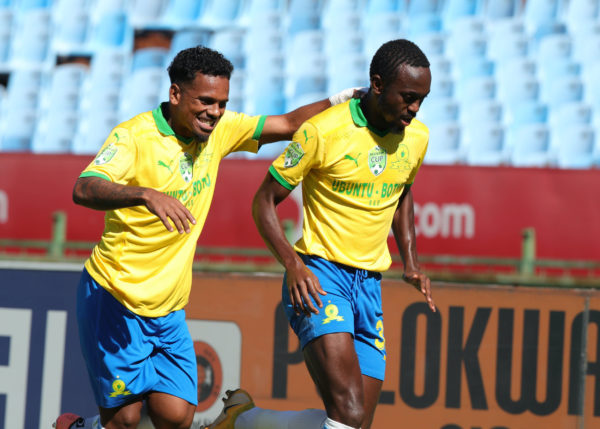 When Mamelodi Sundowns scored three goals in five minutes in the first half, one could not help but wonder if this would be another demolition job, similar to that of Powerlines FC, who received 24 goals at the mercy of Masandawana back in 2012.

In the end, City were lucky to concede just four goals in what was a dominant last-16 4-0 win over the GladAfrica Championship side.

The slaughter of Rise and Shine began with a goal from the on-form Peter Shalulile, who has now scored in four games on the trot. He benefited from a Haahsim Domingo strike that was parried by City goalkeeper Tebatso Phoku and presented itself to the ever-alert Shalulile to put Downs in the lead in the 10th minute.

About four minutes later, Lebo Maboe extended Sundowns’ lead, after City’s defence was caught napping, losing the ball to Kermit Erasmus, who unselfishly played the ball to Maboe, who beat Phoku with a sublime grass-cutter as he scored his maiden goal in the competition.

It was Lesedi Kapinga’s turn to make his mark seeing that he got a rare start in Downs colours as the likes of usual playmakers Themba Zwane and Gaston Sirino were rested for this tie. Kapinga’s goal came immediately after Polokwane kicked off following Maboe’s goal. Erasmus was at the centre of the making of the goal as he had initially found Shalulile, who could not connect well with the ball, leaving it for Kapinga and he made no mistake, lashing it past Phoku.

The pressure got too much for City’s rearguard, who had to absorb a lot of pressure from Masandawana’s waves of attack. They seemed to have their ducks in a row and defended quite decently until they committed a foul in the box, leaving referee Thando Ndzadzeka with no choice but to point to the penalty spot.

Bafana Ba Style’s designated penalty taker and stand-in captain, Ricardo Nascimento, passed on the responsibility to Andile Jali and the midfielder anchor showed nerves of steel and slotted it past the helpless City goalkeeper to make sure that Downs go into the half-time in cruise control and went on to book their place in the quarterfinal against Orlando Pirates.