Bafana are hopeful of having the likes of Bongani Zungu and Dean Furman for their final Afcon qualifier in Sudan. 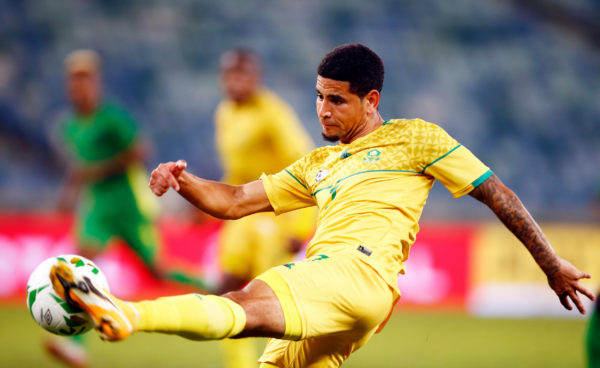 Keagan Dolly is one player Bafana are still trying to get in camp. Picture: Steve Haag Sports/Backpagepix

Bafana Bafana say they are still in negotiations to see if they can get overseas players like Keagan Dolly and Bongani Zungu for one of their upcoming 2021 Africa Cup of Nations qualifiers.

South Africa will play Ghana at home on Thursday and Sudan away on Sunday, with all three in the race to grab the top two spots in Group C and a place in the rescheduled finals next year.

Some overseas clubs have been reluctant to release players, with a two-week quarantine period necessary on their return, in light of the Covid-19 pandemic. CONMEBOL, South America’s footballing body, has even been persuaded to suspend its 2022 World Cup qualifiers this week, but the Confederation of African Football is pressing ahead.

While Dolly, Zungu, Dean Furman and Thulani Serero are almost certain to miss the Ghana game, Bafana insisted yesterday that they are still talking to their clubs about the possibility of having them in Sudan.

One advantage for Bafana in negotiations is surely that Dolly, Zungu and Furman have had little game time at their respective sides, and so would not be overly missed if forced to quarantine on their return.

Percy Tau, presumably for similar reasons, has been allowed to travel by his English Premier League side Brighton and Hove Albion.

“We are still negotiating with the clubs to see if they will release the players,” said Bafana head coach Molefi Ntseki with regard to Zungu, Dolly, Furman and Serero yesterday.

“If the issue is Covid in South Africa, wouldn’t they be able to join us in Sudan? If it is an issue of Covid in Africa, we won’t have those players.”

Bafana team doctor Thulani Ngwenya, meanwhile, seemed the most confident about getting Zungu for the Sudan game.

“Zungu is further in terms of negotiations, it is quite advanced … there is a high likelihood we might have Bongani in Sudan,” said Ngwenya.

Bafana, meanwhile, who will also be missing the injured Bradley Grobler and Kermit Erasmus, have called up six more players to beef-up their squad.

The pair will be assessed by Bafana’s medical team, before a decision is made on whether they will stay with the squad.

Bafana at least go into this week’s qualifiers with their progress to the Afcon finals very much in their own hands. Whatever happens against Ghana at FNB Stadium, indeed, a win or a draw against Sudan on Sunday will be enough to see them into the finals.