AFP Sport looks at five talkings points ahead of the 24-team finals in Cameroon next January with Pierre-Emerick Aubameyang, Riyad Mahrez, Sadio Mane and Mohamed Salah set to be star attractions. 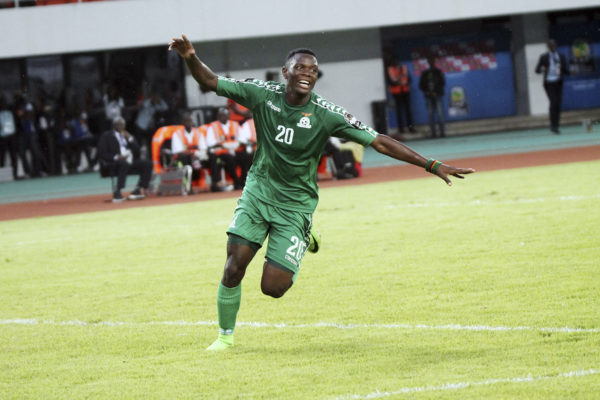 Sierra Leone and Benin did not play in Freetown on Tuesday because the visitors challenged Covid-19 test results that would have ruled out five of their squad.

The fixture has been rescheduled for the May 31-June 15 international window with Sierra Leone trailing Benin by three points in Group L and needing a victory to overtake them and qualify.

Here, AFP Sport looks at five talkings points ahead of the 24-team finals in Cameroon next January with Pierre-Emerick Aubameyang, Riyad Mahrez, Sadio Mane and Mohamed Salah set to be star attractions.

Former champions Tunisia performed best of the 48 teams who started the group phase, collecting 16 points of a possible 18 and winning Group J at a canter.

The Carthage Eagles were particularly impressive against north African neighbours Libya, winning 4-1 at home and 5-2 away.

Young Zambia forward Patson Daka confirmed his reputation as a rising star of African football by scoring five goals in the qualifying campaign, four of which came in the last two rounds.

He was a key figure in the team that won the 2017 Africa U20 Cup of Nations and soon after moved to Austrian club Red Bull Salzburg, featuring regularly in the UEFA Champions League.

His performances atoned for another disastrous campaign by Zambia, who came third behind Algeria and Zimbabwe in Group H, and will miss the finals for the third consecutive time.

Cup of Nations holders Algeria stretched an unbeaten run in competitive and friendly matches to 24 by hammering Botswana 5-0 in the final round.

It began in November 2019 with a 4-1 Cup of Nations qualifying victory in Togo, and the Desert Foxes have since won 17 matches and drawn seven, scoring 51 goals and conceding 16.

Algeria must stay unbeaten for three more matches to better the record of the Ivory Coast, who went 26 matches without losing between 2011 and 2013.

They will hope to at least match Madagascar, who marked their maiden appearance in 2019 by defeating Nigeria en route to the quarter-finals.

While the Democratic Republic of Congo and South Africa were the highest profile casualties, the failure of Uganda to secure a third straight appearance was the most spectacular.

The Cranes garnered seven points from a possible nine by the halfway stage in Group B and seemed certainties to finish among the top two.

A shock defeat by South Sudan and a draw with Burkina Faso left them needing a point in Malawi to go through, but they lost 1-0 and veteran goalkeeper Denis Onyango wept at the final whistle.