Bafana coach delights in Cosafa Cup triumph against the odds 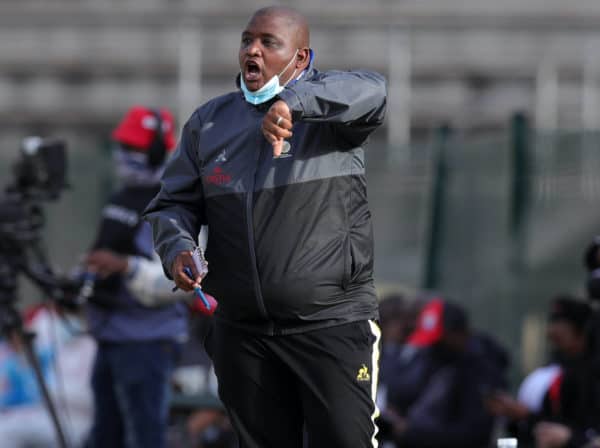 Morena Ramoreboli believes there were plenty of positives for South African football after Bafana Bafana overcame challenges posed by Covid-19, and from elsewhere, to win the Cosafa Cup on Sunday for the first time in five years.

Bafana had to pick a severely weakened squad, with players from the likes of Kaizer Chiefs and Orlando Pirates not available, as well as those preparing for the Tokyo 2020 Olympic games.

Then there was also a coronavirus outbreak in the squad ahead of the tournament that meant head coach Helman Mkhalele was not able to take his place on the touchline for the whole tournament, while SuperSport defender Keenan Phillips was also ruled out.

“I am so excited,” said Ramoreboli, who stood in for Mkhalelele, after his side had beaten Senegal 5-4 on penalties to take the title, after the final at the Nelson Mandela Bay Stadium in Port Elizabeth ended 0-0.

“When this journey started it looked very difficult with all the challenges. But … credit to the boys and to the technical team. We managed to perform miracles, we only had 13 players when we started (preparations). This is a good victory for us because we fought so hard for it.”

“We have a bright future, considering that there are players who are regulars for Bafana that were not even part of this camp. When we counted, there were 12 or 13 players, playing for Bafana for the first time. This means coach Hugo Broos has enough (players) to chose from.”

Broos was appointed Bafana head coach at the start of May, but had to go home for his second Covid-19 vaccine and is likely to only coach the team for the first time at the Fifa World Cup qualifiers in September.

Two players who certainly put their hands up in the Cosafa Cup were AmaZulu duo Veli Mothwa and Siyethemba Sithebe.

Midfielder Sithebe was voted player of the tournament while Mothwa captained the team, did not concede a goal and even netted a penalty in the shootout against Senegal.

“Usually they say leaders are not made, they are born, and you can see some qualities in him that make you realise he is a born leader,” added Ramoreboli on his captain Mothwa.

“One of the most important things we did is encourage the players to excel in their positions, and we gave them instructions to suit how they play. Veli was goalkeeper of the tournament, Sithebe was player of the tournament, and Victor Letsoala was top scorer. We played according to their strengths.

“Victor thanked us after the game, and even said we played to his strength. For Sithebe, also the tactics were clear. The player knew what to do when they had the ball and when they did not have the ball.”