The duo join Alfred Ndengane, Zukile Kewuti, Lifa Hlongwane and Rowan Human, who have signed for the Team of Choice during the current transfer period. 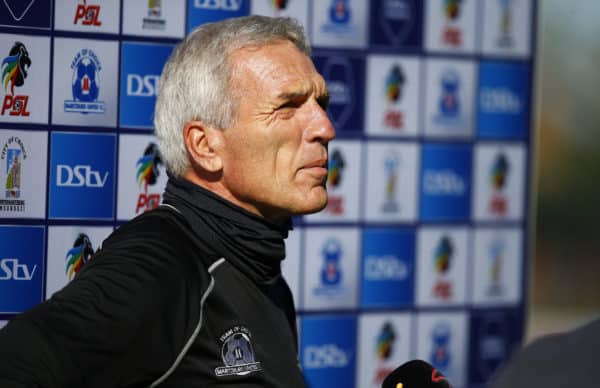 Maritzburg United have confirmed the signings of Brandon Theron and Richard Zumah as they continue to bolster their squad ahead of the 2021/22 DStv Premiership season.

The duo join Alfred Ndengane, Zukile Kewuti, Lifa Hlongwane and Rowan Human, who have signed for the Team of Choice during the current transfer period.

Maritzburg coach Ernst Middendorp has welcomed the new additions to his squad.

“With Brandon Theron it’s well known that he is a player with good skills, the ability to contribute to a good team performance, I think that’s very crucial,” Middendorp told the club’s website.

“Being able to provide flexibility in terms of the use – whether as a wing-back a full-back, or if you want to use him as a more attacking option. He’s an interesting player and we are very happy to have him here.”

“Richard Zumah is quite unknown here, coming (originally) from Ghana. He played lately for San Pedro in the Ivory Coast, we followed him and we believe a player with his structure, with his style will fit our idea of playing.

“He’s just coming in, he needs some days, he’s still young and a player with a certain ability to improve and to fit in, in a proper way.

“We really worked on it in the background, not in public, over weeks to bring them in and get them here and we are very happy to have them as part of our squad,” added the German coach.

“We have been looking at players very closely, to ensure they suit the philosophy of the club and the coach’s approach for the new season,” added Farook Kadodia.

“We believe that the players we have signed will contribute to the kind of football Maritzburg want to play this season. We welcome them to the club and wish them all the best.”