Alexander promises to give his all in ‘dream’ Kaizer Chiefs move

'I can promise every Chiefs player and supporter that I am a player who gives my best and nothing less,' said the new Amakhosi midfielder. 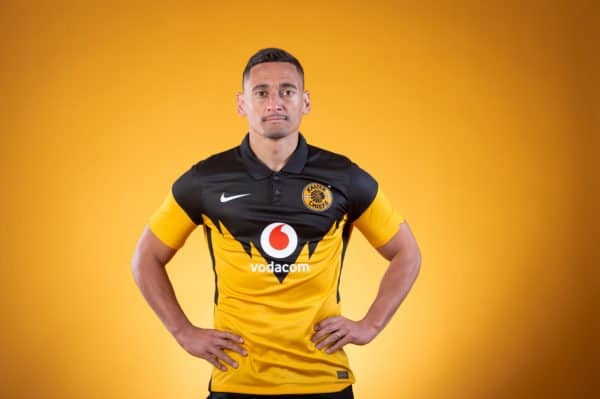 Cole Alexander has vowed to put his heart and soul into his career as a midfielder for Kaizer Chiefs, the 32 year old having joined Amakhosi this week on a free transfer.

“it’s a huge opportunity for me, it’s a very big deal for me and my family. At my age being 32, dreams can still come true. I am so grateful for this opportunity,” he told the club’s official website.

“Chiefs was a team I supported growing up. I was always a fan of my local club, Hellenic. Kaizer Chiefs was my other club, so to be at Kaizer Chiefs at this stage of my career I can’t say enough how happy I am to be at a prestigious club like Chiefs.”

“I can promise every Chiefs player and supporter that I am a player who gives my best and nothing less. That’s all you can do.”

Alexander certainly has huge shoes to fill if he is to have a similar impact in the Chiefs midfielder to Willard Katsande, the Zimbabwean midfielder leaving the side this week after 11 years. Alexander will be helped, however, by his vast experience playing in the DStv Premiership, and working with Stuart Baxter, who he played for at SuperSport United, and more recently in India with Odisha FC.

“I think what helps this team the most is the leadership of coach Stuart Baxter. As every player who has worked with him before will know, this guy is a leader and a tactician,” added Alexander.

“His (Baxter’s) results speak for themselves from the time he was last here at Chiefs. I am here for that – to play according to instructions. I am also hoping to bring some leadership into the team and doggedness and aggression, and I am also hoping to learn.”

Alexander will not be in the starting line-up for the Carling Black Label Cup against Orlando Pirates on Sunday, as he arrived way to late to get fans’ votes to be in the team, as per the format of this pre-season match. The midfielder, however, could get a run off the bench.