Petersen is also excited to be working with Rowen Fernandez, the former Bafana Bafana shot-stopper who is now our goalkeeping coach. 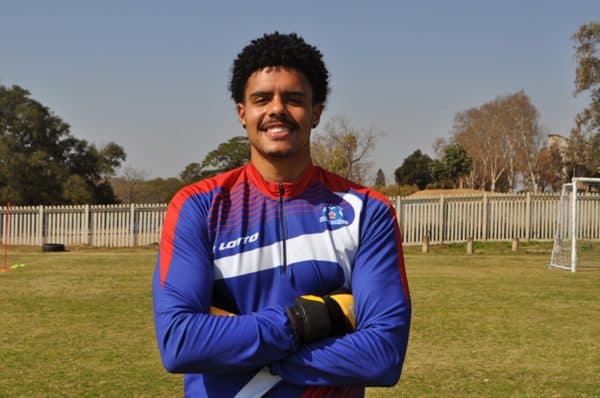 Just days after he was released by Kaizer Chiefs, goalkeeper Brylon Petersen has joined Maritzburg United.

Petersen was amongst the players who were released by Chiefs following the conclusion of the 2020/21 season.

The 25-year-old Pietermaritzburg-born goalkeeper has quickly found a home at Maritzburg and he says he is happy to return to club and be reunited with coach Ernst Middendorp. The duo worked together at the Team of Choice and at Chiefs.

“It feels good to be here, I was here with coach Ernst before – in 2013 my matric year, I’m from Pietermaritzburg,” Petersen told the club’s website.

“It feels the same, but with a different aspect now because I am pushing to play, pushing to win a place in the team. It’s a bit different, but the general atmosphere is the same. The guys have welcomed me, the coach has welcomed me, so I’m excited for what’s ahead.

“There’s no need for adjustments, I know the surroundings, I know the area, the people within the city so I’m sure they will welcome back home to the Team of Choice,” added Petersen.

Petersen is also excited to be working with Rowen Fernandez, the former Bafana Bafana shot-stopper who is now our goalkeeping coach.

“I have a working relationship with coach Ernst, off the field as well, because he knows about my studies as well. He was one of the first coaches that helped me, that motivated me to continue my studies after school. So we have a good relationship and he wanted me here, so that’s a plus and it motivated me to know that he thinks that I’m good enough to play for his team.

“Coach Rowen Fernandez is a phenomenal coach. It’s still surreal, you watch him playing for Chiefs, he’s a legend, now you get a chance to work with him. So far so good, he’s a goods motivator as well,” concluded Petersen.