'It is important for confidence, but it is not a must-have,' said the Kaizer Chiefs head coach. 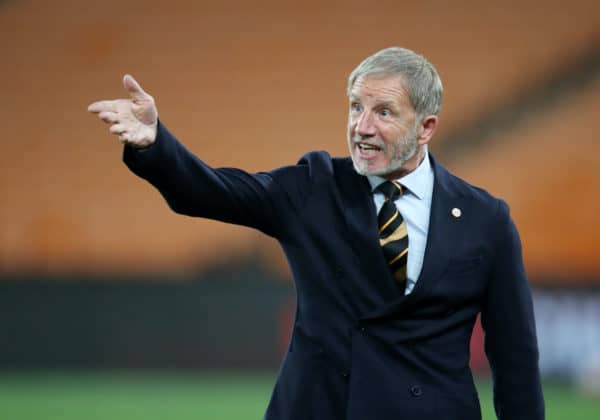 Stuart Baxter is not reading too much in to Sunday's game against Sundowns. Picture: Muzi Ntombela/BackpagePix

Kaizer Chiefs head coach Stuart Baxter says beating Mamelodi Sundowns on Sunday in the DStv Premiership is a “nice-to-have” rather than a “must-have,” as the two giants lock horns for the second time this season.

Sundowns knocked Amakhosi out on penalties in the MTN8 quarterfinals following a 2-2 draw, a game that suggested that despite the defeat, Baxter’s Chiefs could just give Masandawana a run for their money in the title race this season.

“It is very early, everyone is trying hard to put down markers,” said Baxter, whose team have four points from their opening two Premiership games.

“I would take the positivity (of a win) in a heartbeat … it would be a … sign that our development is going in the right direction. But if one of the teams loses I am guessing they will still be there or thereabouts when it comes to the point at the end of the stick. It is important for confidence, but it is not a must-have. It is a nice-to-have.”

Sundowns co-head coach Rulani Mokwena, whose team also have four points from their opening two league games, concurred with his opposite number.

“It is a nice-to-have,” said Mokwena.

“We want to win over an arch rival, they are one of the big teams in the country, and it would be a good feeling. We saw what it did for us last season (Sundowns won a fourth successive league title). In our first game we won 3-0 (against Chiefs). It took our team into a space where they believe they could play against anyone in their own way.”

Chiefs came back from two goals down in the MTN8, but Baxter does not really think that this fightback gives his side any kind of mental edge over their opponents heading into Sunday.

“In the first 30 minutes, going 2-0 down to Sundowns, we were well within out rights to feel the game was a bridge too far,” said Baxter.

We did come back well in the second half, we were pleased with that. I don’t think it gives us a psychological edge but it certainly gave us some belief that if we do things well we can be unpleasant opponents for them. We also took a smack on the wrist and it told us if you put your fingers in the fire against Sundowns you will get burned.”