Mahlambi is currently on loan to AmaZulu FC in Durban but the club is said to be already considering sending him back to Chloorkop. 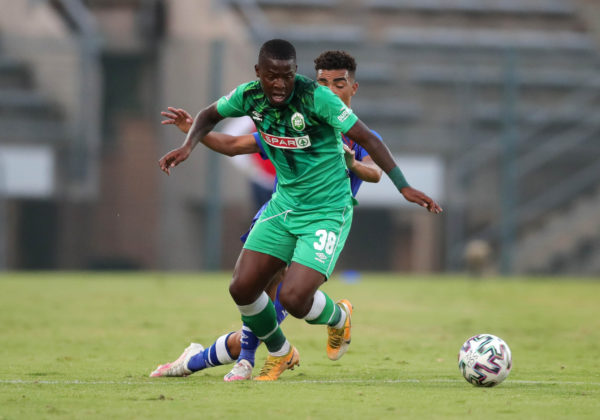 The career of Mamelodi Sundowns midfielder Phakamani Mahlambi is once again under question as rumours of ill-discipline have resurfaced yet again.

ALSO READ: Is Tiyani Mabunda facing the chop at Sundowns?

Mahlambi is currently on loan at AmaZulu FC in Durban but the club is said to be already considering sending him back to Chloorkop.

Mahlambi was chased away from a national team camp in May 2019 after he was suspected of having smelt of alcohol. It seems the same is happening now at AmaZulu, where he has made just three substitute appearances so far.

“I have heard that he is usually seen around town with a group of hangers-on while the team is training. This has not sat well with the club, and they might have to let him go. If they give him special treatment it might affect the whole team, so a decision might be made soon to release him back to his mother club,” said a source.

Meanwhile, AmaZulu coach Benni McCarthy praised his players for sticking to the game plan they discussed as a team before the start of the match against SuperSport United.

The former Orlando Pirates striker, who led his side to a 1-0 win over the Pretoria side on Tuesday night, said Usuthu were unlucky to lose to Matsatsantsa in the first round of the league.

“I was a little disappointed in the first match that we threw away three points because of the way we played we didn’t deserve to lose. Today same tactics outplayed them, we were always in control of the game. We knew if we control the midfield we are going to open up (Luvuyo) Memela and have other players fit into the pockets behind them in their midfield and (Augustine) Mulenga to go in and allow the space for the overlap and that worked all day,” McCarthy told SuperSport TV.