'You can see that there is quality in him,' said a source. 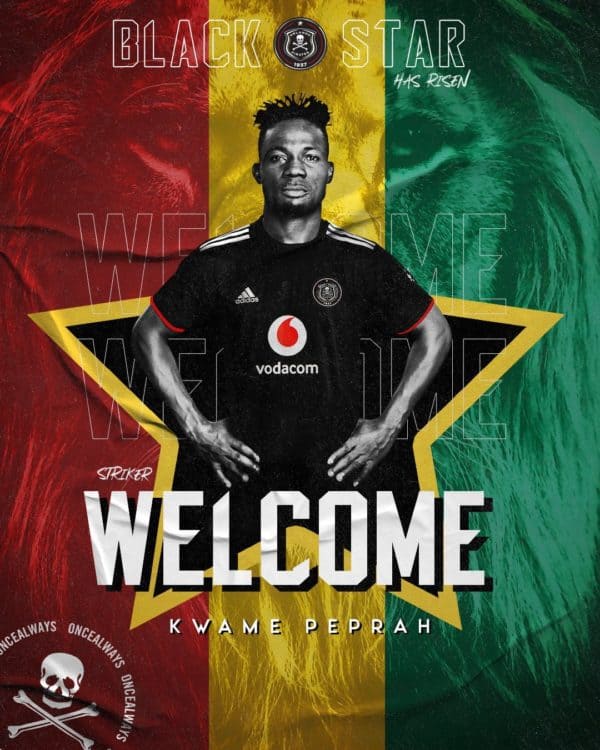 An insider in the Orlando Pirates camp says new arrival in attack Kwame Peprah is the real deal and is something that the club has been missing following his first training sessions with the club.

Peprah was recently unveiled as a new Bucs player, joining the Buccaneers from King Faisal, a club in his home country. It is said that the 20 year-old is a player who is confident and knows his qualities very well and he is certainly a player to watch this season at Pirates.

“He has been very impressive at training and you can see that there is quality in him. He is new at the club, but he is already getting along with some of the guys. That guy (Peprah) is going to be a problem for defenders and I don’t think it’s going to take time for him to start because he seems like someone who will adjust quickly,” said the source.

Another informant at the Buccaneers added that the coaches are happy with what they have seen from the new arrival.

“If there is going to be one thing that’s going to cause problems at the club (Pirates) is selecting match day squad and the starting line-up, you will see. Both coaches (Fadlu Dsvids and Mandla Ncikazi) have been blown away. They know that they have quality now, the only problem will be selecting a team for the games,” said the source.

According to the website ghanasoccernet.com Peprah grabbed 12 goals and ten assists for King Faisal in the Ghanaian top flight last season helping his side to avoid relegation.