Influential road running guru Chet Sainsbury died of cancer on Tuesday, organisers of the Two Oceans Marathon confirmed. He was 73. 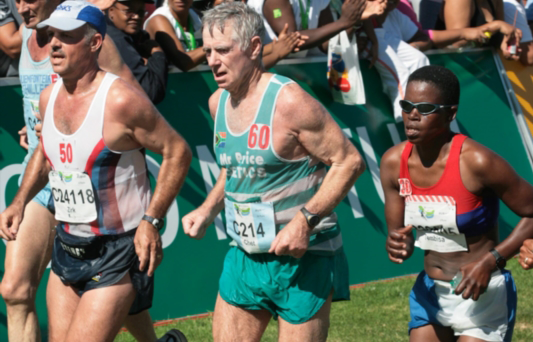 “Chet Sainsbury, our friend, mentor, and OMTOM race director for almost 30 years, passed away after a long battle with cancer. Rest in peace,” the organisers announced on twitter.

Sainsbury was appointed Two Oceans race director in 1981 and played a key role in turning the annual 56km event in Cape Town into one of the most popular ultra-distance races in the world.

He stepped down in 2007 but returned as acting race director in 2014 before taking a back seat once again last year.

Sainsbury remained part of the organisation, however, as a member of the Two Oceans board.

An amateur runner, Sainsbury finished the Two Oceans ultra 32 times, completing the gruelling event for the last occasion in 2014.