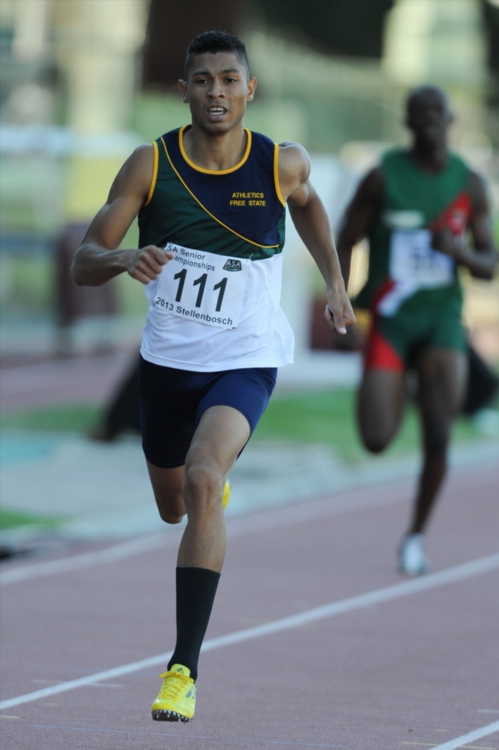 World 400m champion Wayde van Niekerk made a statement on Saturday, in the early stages of the Olympic season, clocking 9.98 seconds to win the men’s 100m title at the Free State Championships in Bloemfontein.
His performance was just 0.02 outside the national record set by powerhouse speedster Akani Simbine four days earlier.

“This was a personal goal and it’s been five years since I had the opportunity (to run a fast 100m race),” Van Niekerk said. “So I felt ready and I’m just grateful my coach (Ans Botha) was game.”

Holding personal bests of 19.94 over 200m and 43.48 in his specialist 400m event, Van Niekerk’s latest feat made him one of the most unique sprinters in the world.

By dipping under 10 seconds in the short dash he became the first athlete ever to break the 10-second, 20-second and 44-second barriers over the three distances.

Van Niekerk has now also achieved the qualifying standard in all three sprints for the Rio Olympics in August.
With the possibility of being selected for the 4x100m and 4x400m relay events, it was unclear how many races he would run at the Games, though he did confirm he would compete in only one individual event, his specialist one-lap sprint.

“I’m only doing the 400m. No 100m or 200m,” he said. “It’s too soon to say whether I will run the relays.” With provincial track and field championships taking place around the country over the weekend, resurgent long jump star Luvo Manyonga also displayed fine early-season form.

Competing in only his second top-flight event since returning from a recreational drug addiction, Manyonga produced a leap of 8.30m at the Gauteng North Championships in Pretoria.

The former world junior champion improved his four-year-old personal best by four centimetres to firmly establish his place among the potential medal contenders for the Rio Games.

Middle-distance specialist Caster Semenya was equally impressive, dropping down in distance at the North West Championships in Potchefstroom.

The former world 800m champion set her second 400m personal best of the season, clocking 51.47 to dip well under the Olympic qualifying mark of 52.20, giving herself some options in the build-up to the Games.