"We started easy and decided not to push too hard," Porro said. 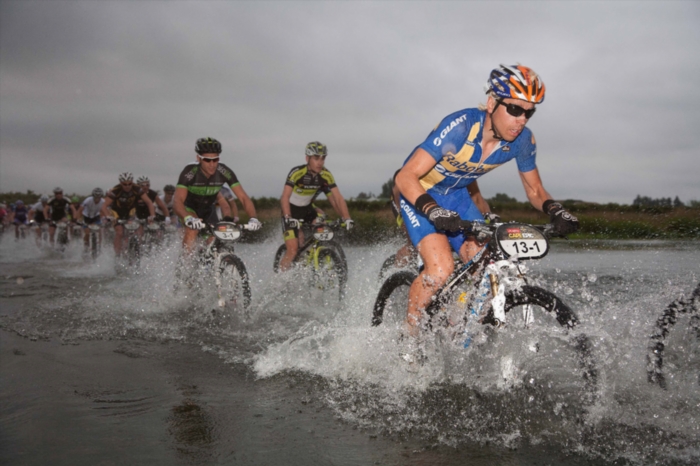 Italian debutants Samuele Porro and Damiano Ferraro snatched a maiden stage victory at the Absa Cape Epic on Thursday, though German Karl Platt and Swiss partner Urs Huber did enough to retain their firm grasp on the overall lead at the annual mountainbike race.

The Trek-Selle San Marco combination of Porro and Ferraro completed the 75km fourth stage in Wellington in 3:06:49, settling in third place in the overall standings.

“We started easy and decided not to push too hard,” Porro said.

“When we got to the third water point – 25km before the end – we decided to push harder. We managed to get a gap and just went.

“We came to the Epic just to get experience, and now we are on the podium. It’s unbelievable.”

Four-time winner Platt and Bulls teammate Huber, who ended fourth on the stage, were nearly 10 minutes clear of fellow Swiss-German pairing Nicola Rohrbach and Matthias Pfrommer, who were lying second in the general classification with three legs remaining.

Marathon world champion Alban Lakata of Austria, targeting a maiden Epic win in his eighth attempt at the race, was left disappointed when Czech partner Kristian Hynek withdrew early in the stage after injuring his arm in a crash the day before.

Kleinhans and Langvad were more than 12 minutes ahead of second-placed duo Sally Bigham of Great Britain and German Adel Morath (Topeak Ergon) in the general classification, with Spitz and Belomoina holding on to third place.

With national marathon champion Robyn de Groot out of contention after Ascendis Health teammate Jennie Stenerhag withdrew due to illness the day before, Theresa Ralph and Yolandi du Tout (Galileo Risk) were the top SA riders in the women’s division, lying fifth overall.