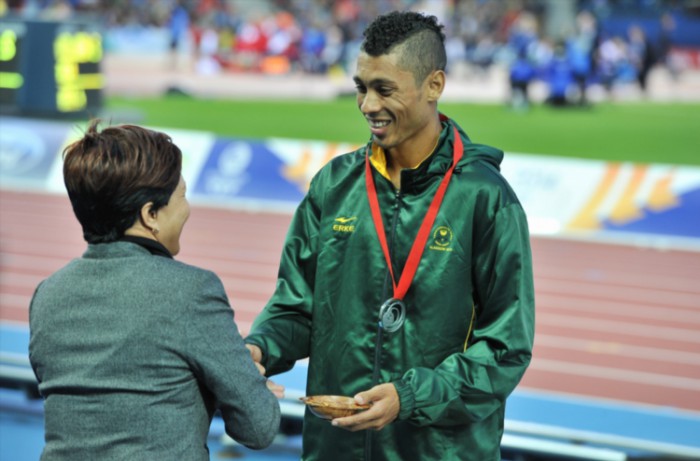 Local athletics officials have apologised for a blunder on Friday, after the global athletics fraternity breathed a collective sigh of disappointment due to a technical issue at the SA Open Athletics Championships in Bloemfontein.

Turning out in the first-round heats of the men’s 400m event, world champion Wayde van Niekerk blitzed around the track and had the Free State Stadium crowd on its feet when the on-field clock flashed a finishing time of 43.88 seconds.

The time would have been a world-leading performance and the fastest ever set in a first-round heat.

Officials later revealed, however, that Van Niekerk had officially clocked 44.11.

While this was considered a superb time at a domestic meeting, it was a far cry off the rare sub-44 clocking initially claimed and dropped the athlete to second place in the world rankings behind Kirani James of Grenada (44.08).

Media around the globe had already reported on the performance, with Van Niekerk trending on social media, when his official time was released.

While stadium clocks are often 0.01 or 0.02 outside official times, a difference of 0.23 between two clocks is unheard of since electronic timing was introduced.

“We have an electronic timing system, but we struggled to link it up with the scoreboard, so we used hand times for the scoreboard,” said Athletics Free State board member and meeting manager Kobus Steyn.

“We tried using other scoreboards during the week, hoping they would work, but none of them did.

“I’m disappointed and I apologise for this. It’s a challenge for us next year, and we’ll need to look at upgrading the equipment, but there’s nothing we can do about it now.”

Van Niekerk, meanwhile, withdrew from the 400m semifinals after exhausting himself chasing a faulty clock.

Need an ID for elections? Home Affairs to extend operating hours
3 hours ago
3 hours ago

Need an ID for elections? Home Affairs to extend operating hours
3 hours ago
3 hours ago