Despite the poor weather, she crossed the line in 33:28. After two of five legs in the Spar Women’s Grand Prix 10km series, her opponents are going to have to pull a rabbit out the hat to put up any sort of challenge against Irvette van Zyl.

The 28-year-old distance runner overcame cold and windy conditions on Saturday to win the second leg of the annual campaign, adding to her dominant victory in Cape Town two weeks earlier.

Despite the poor weather, she crossed the line in 33:28, again displaying the spectacular form she has shown throughout the 2016 season.

“I wanted to run behind someone else because it was so windy, but it was very pedestrian at the start with no-one willing to take the lead,” Van Zyl said.

After opening a gap on an incline after the 6km mark, Van Zyl broke clear of twin sisters Lebo and Lebogang Phalula and strode to a comfortable victory.

Van Zyl and Lebo Phalula are expected to be included in a provisional marathon squad for the Rio Olympics, which will be announced by Athletics SA next week. 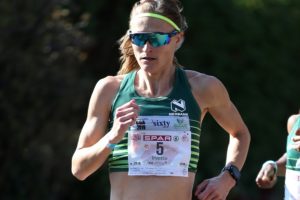 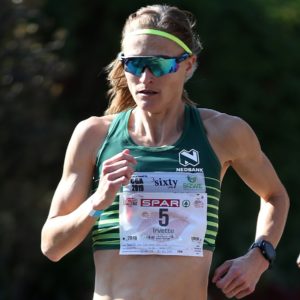