'It was so hard, but we worked so much that we didn't feel the pain,' Hunt told the World Rowing website after the race. 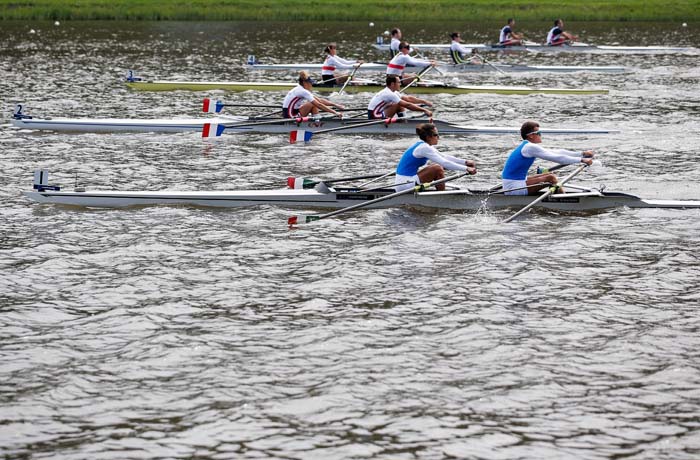 South Africa will have five rowing crews at the Olympic Games for the first time this year after the heavyweight men’s fours squad secured their place with a dominant victory in Lucerne on Tuesday night.

Competing at the final qualifying regatta for the Rio showpiece, the quartet consisting of David Hunt, Jonathan Smith, Vincent Breet and Jake Green had needed to finish among the first two in the A final of their event to achieve their goal.

Taking the lead from the start, they maintained their advantage all the way to the line, winning the 2 000m race in 5:55.22. France finished second in 5:57.10 to snatch the last available spot in the fours event at the multi-sport showpiece in August.

“It was so hard, but we worked so much that we didn’t feel the pain,” Hunt told the World Rowing website after the race.

The fours quartet – which at the time included Breet, Smith, Lawrence Ndlovu and Lawrence Brittain – missed out in their attempt at the global showpiece after being relegated to the C final.

Having successfully grabbed their last available chance to qualify for the Games, Hunt admitted they had put a lot of pressure on themselves by leaving it so late.

“Next time we will qualify at the World Championships because it is really too stressful to race here,” he said.

Competing in a qualifying race does not guarantee any rower a place in the final team for Rio, and with a strong SA squad competing for positions, the final selections will be decided by Rowing SA and the SA Sports Confederation and Olympic Committee (Sascoc).