Comrades Elite: Who to watch

We look at five standout men and women to watch as they contend for titles at the 89.2km 'down' run. 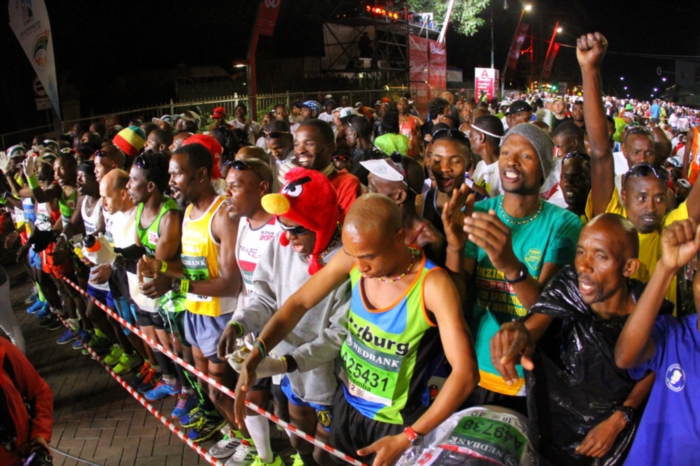 The 91st edition of the Comrades Marathon has attracted over 20 000 entrants, but there are a few with lofty ambitions who will lead the elite field.

Of all the participants, we pick five standout men and women to watch as they contend for titles at the 89.2km ‘down’ run between Pietermaritzburg and Durban on Sunday.

Perhaps the most consistent Comrades runner in recent years, Mamabolo has been among the top four finishers on four occasions in the last six editions of the race. Determined after failing to finish last year’s ‘up’ run, backed by his experience and consistency, Mamabolo has been openly confident of repeating his 2012 victory.

As small as he is strong, Kelehe hopes to add a ‘down’ run title to the ‘up’ run crown he lifted at last year’s race. The brother of former champion Andrew Kelehe, he hopes to become the first man to win back-to-back titles since Bruce Fordyce in 1988.

After securing a surprise victory in 2014, Mthembu admitted he was “furious” with himself when he finished 17th last season. Aiming to forgive himself with another stellar performance, he will line up in defence of his ‘down’ run crown.

In his four previous attempts at the race, Buud has earn three gold medals, including a second-place finish in 2013. He was forced to withdraw from last year’s event and will be eager to dethrone the local athletes who have dominated the race in recent years.

A three-time former winner of the 56km Two Oceans ultra-marathon in Cape Town, Mambo has a terribly poor history over the longer Comrades distance. Having failed to finish the race for the last three years in a row, after taking fourth place in 2012, he is due a good performance.

After defending her Two Oceans title in March, Wostmann lines up as the favourite in search of a historic double-double. Should she win, Wostmann will become the first SA woman to win back-to-back titles since Frith van der Merwe in 1989. She will also be the first lady to bag Two Oceans and Comrades victories in successive years.

Having progressed steadily through the ranks, Bosman will be waiting to pounce if Wostmann falters in the second half. A former SA champion over the standard marathon distance, she has finished second at the Comrades, Two Oceans and City2City ultra-distance races, and she will be eager for a breakthrough victory.

With international contenders Ellie Greenwood of Great Britain and Camille Herron of the United States withdrawing due to injury, Staicu will join De Reuck in spearheading the foreign line-up. A seven-time Two Oceans gold medalist, she has twice finished the race, finishing 10th in 2003 and ninth last year.

One of the country’s most successful distance runners, De Reuck has returned “home” to tackle South Africa’s most prestigious road race. At the age of 52, she is not expected to challenge for the win, but with a wealth of experience behind her, the SA marathon record holder could spring a surprise. Now representing the US, she will make her long awaited debut.

A relatively unknown quantity, Berg finished second at last year’s 100km World Championships. Making her Comrades debut, Berg admits she knows very little about the race, but she will look to produce a solid performance in her first attempt.