Injuries and illness have brought to a close the popular swimmer's career. 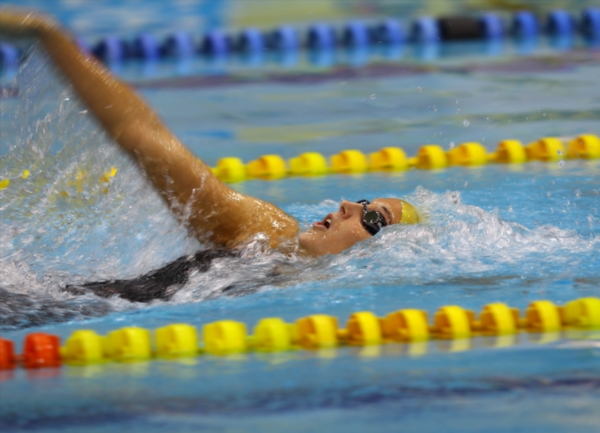 Olympic swimmer Karin Prinsloo called time on her career on Monday morning, announcing her retirement at the age of 26.

“Goodbye to 21 years of highs/lows,happiness/sadness,successes/failures. Thanks to everyone that was part of my journey,” Prinsloo posted on twitter, after struggling to find her best form while battling injuries and illness in recent years.

The popular athlete from Pretoria competed twice at the All Africa Games, in Maputo in 2011 and Brazzaville last year, raking in a total of 14 gold and six silver medals.

At the 2014 Commonwealth Games in Glasgow she was the only SA woman to reach a final in the pool, taking eighth place in the 200m freestyle.

Turning out twice at the Fina World Championships, she reached the 100m backstroke semifinals at the 2011 showpiece in Shanghai, and again progressed to the penultimate round in the 100m and 200m freestyle, as well as the 200m backstroke, at the 2013 spectacle in Barcelona.

Prinsloo represented the country at the 2012 London Olympics where she reached the semifinals of the 200m backstroke and was eliminated in the heats of the 200m freestyle.

She failed to qualify for last year’s global championships in Kazan, however, and again was unable to book her place at this year’s Rio Games after missing the qualifying marks in her specialist events at the national trials in Durban in April.

Her last competitive outing was at the third and final leg of the Mare Nostrum series in Barcelona at the weekend, where she competed in three events but was unable to reach an A final.