With a lead group of 10 men sticking together for most of the 25-lap distance, Mokoka sat back off an erratic pace. 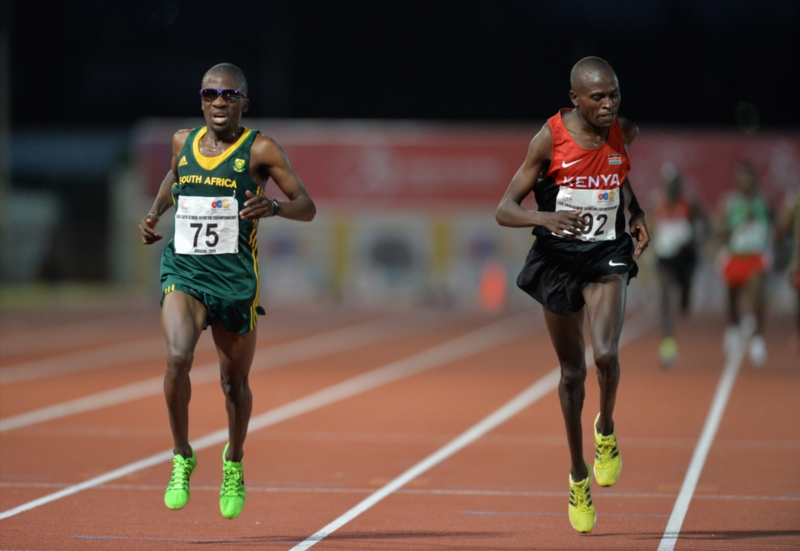 Distance runner Stephen Mokoka stole the show on the opening day of the African Athletics Championships in Durban, producing a spectacular kick on the last lap to win gold in the men’s 10 000m final on Wednesday.

While the majority of East Africa’s top athletes were missing from the race, Kenyans and Ethiopians nonetheless controlled the pace up front.

With a lead group of 10 men sticking together for most of the 25-lap distance, Mokoka sat back off an erratic pace.

Hitting the front at the bell, he pushed hard to the line, which he crossed in 28:02.97, holding off Kenyan Wilfred Kimitei by 0.21 to become the first SA athlete to win an African title in the 10 000m event.

“I just kept pushing, driving my arms, and with around 30m to go he (Kimitei) leaned forward, so I could tell he was battling with lactic acid and I just kept going,” Mokoka said.

“It was very important for me to beat Kenya and Ethiopia in a race. The lactic acid was building in the home straight but everyone was cheering, which helped, and I’m happy to be the first one across the line.”

Compatriot Gladwin Mzazi stuck with the pack for most of the race but could not hold on when his opponents wound up the pace, ending 10th in 28:24.50.

Having often missed out on championship titles, Engelbrecht was delighted to bag the win.

“I’ve dubbed myself ‘Mr Silver’… so I had to show some BMT (big match temperament),” he said.

“I got a season’s best and it’s nice to beat that distance.”