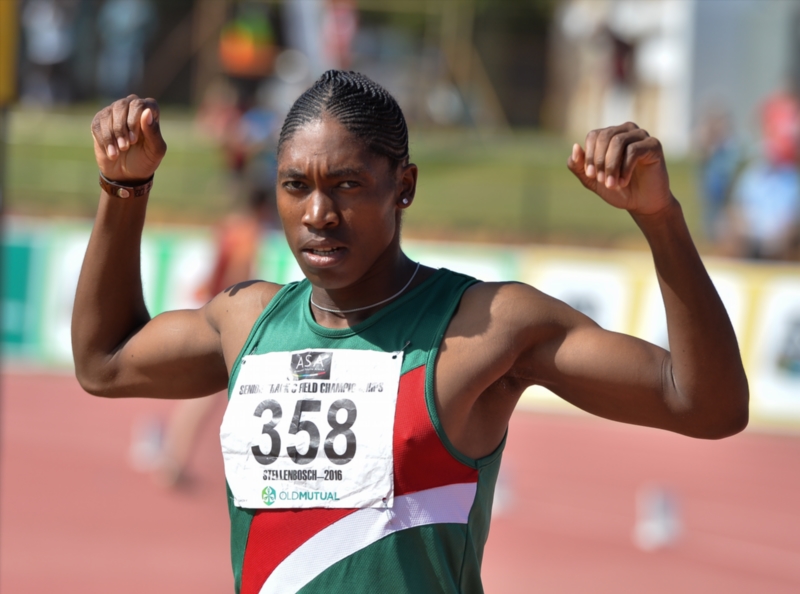 Caster Semenya delivered another superb performance in the build-up to the Rio Olympics, shattering her personal best by more than six seconds to win gold in the women’s 1 500m race on day three of the African Athletics Championships in Durban on Friday.

She produced a lethal kick from 200m out and crossed the line in 4:01.99, just 0.18 outside the 32-year-old SA record held by Zola Budd, which remained the longest-standing mark in the national track and field books.

Her performance was also well inside the qualifying time of 4:07.00 for the Rio Games, adding the 1 500m to the 400m and 800m events among her list of options for the multi-sport showpiece.

Rabab Arafi of Morocco, the silver medallist, was nearly two seconds off the pace, finishing in 4:03.95.

Rozani pushed hard all the way to the line, and while Olympic silver medallist Nijel Amos of Botswana won the final in 1:45.11, the 28-year-old South African clocked 1:45.38 to better his previous personal best of 1:46.26.

In the men’s 400m hurdles final, former World Championships bronze medallist LJ van Zyl was handed a stunning defeat, settling for fourth position in 49.46 after battling to hit his stride over the last hurdle.

While the women’s squad produced the second fastest time in the national all-time list, they were well outside the performance needed to give themselves a chance of qualifying for the Olympics.

The men’s quartet of Emile Erasmus, Wayde van Niekerk, Gift Leotlela and Akani Simbine were within touch of a place at the Games, but Athletics SA had no firm plans to make another attempt at achieving the aggregate performance they needed to have any chance of competing in Rio, ahead of the July 11 qualifying deadline.

In other events, Keagan Fourie earned silver in the men’s high jump with a height of 2.18m, with Kenyan Mathew Sawe clearing 2.21m for gold.