The combination of a solid Kiwi performance at home, travel and bad weather combined to produce a sub-par performance from the Joburg boys. 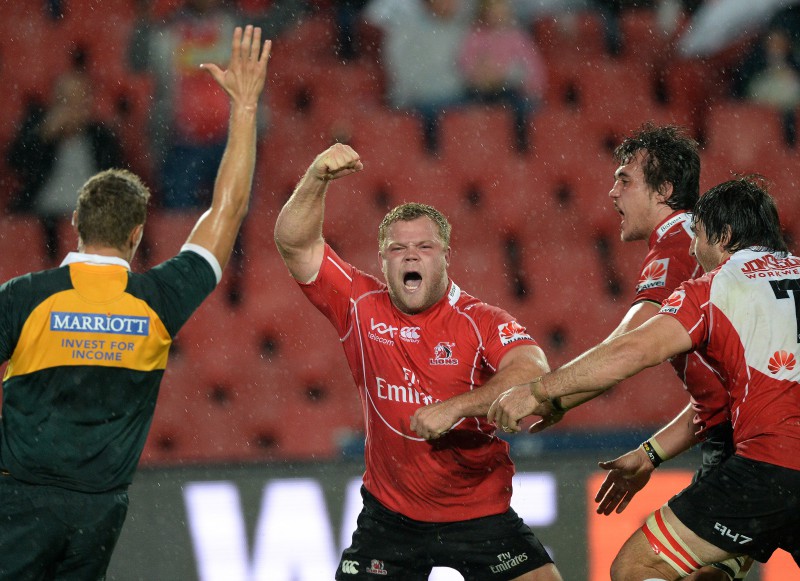 Final score – The Hurricanes have won the Super Rugby Final and have beaten the Lions 20-3 scoring the only two tries of the game.

Both Hurricanes tries have come from Lions mistakes. This is finals rugby and the pressure of the home team was too hot to handle for the brave Lions. Hurr 20-3 with just five minutes left.

Lions again spill the ball on their goal line as Barrett gets a try! Awarded! Hurr 20-3 and the Lions looks buried! *69

The Lions have shown great heart and now Jantjies gets a shot at goal. Missed! *63 Hurr 13-3

#SuperRugby Final:
The Hurricanes still lead after 60 mins. Can the Lions close the gap with a try? #HURvLIO pic.twitter.com/1Xex1TlwY7

Rohan Janse van Rensburg off with concussion as the Lions desperately hangs on.

Riccitelli off for blood as injured Coles has to come back on.

Lions attack strongly through Combrinck but Hurr gets pen after Mostert goes off side.

Lions scrum has been great as they win another pen but De Klerk knocks after a poor lineout tap.

Hur again strongly on attack in the 42nd as Perenara knocks on in contact Hurr still 10-3 as Coles leaves the scene.

Halftime – Hurricanes lead 10-3 and the Lions have a mountain to climb!

But now the Hurr walk with the scrum and gets the penalty.

*32 Lions attacking scrum Hurr 10-3 and gets the penalty! But opts to scrum again.

Jane scores the first try of the final as Mapoe kick gets sniped after Jantjies makes a hospital pass under pressure, Barrett kicks the conversion Hurr 10-0

*15 Lions tactical kicking under pressure and get attacking lineout

Poor tactical kick by Combrinck. Hur attack strongly and get the penalty *12. Score 3-0.

Hurricanes off side pen Lions *3min Jantjies going for post but ball falls over and it is short. 0-0

Lions kick off and it is going dead and first scrum.

The Westpac Stadium, known as the “Cake Tin”, holds 34 500 people and every single ticket has been sold.

The Lions will be regretting only narrowly missing out on a home final, but the Joburg team has said it likes being the underdog and will give it everything in Wellington. It received the boost of having talismanic captain Warren Whiteley back at No 8 after he missed the semifinal against the Highlanders.

The Hurricanes, however, also received a boost with their captain, Dane Coles, cleared to play after a rib injury.

Coach Johan Ackermann said: “Supporters over here were disappointed that the tickets were sold out in just four minutes so there’s been big support; we expect a big crowd who mostly won’t support you. But I told the players we played in numerous stadiums like the Sharks or the Bulls, where you have to win away from home during the competition, and that’s what we have to do again,” said Ackermann.

The weather has been a big talking point and, while the Lions haven’t experienced severe conditions, the prospects of a wet final with a maximum of 4 degrees Celsius was predicted.

Earlier in the season, the Lions produced solid performances when they played both the Blues and the Sharks in wet conditions.

“There obviously will be a bit of wind because this place is quite renowned for its wind, but we have experienced similar conditions when we played the Blues. And the guys will adapt and they still play with that freedom and express themselves – and it will be the same conditions obviously for both sides,” Ackermann said.