Van der Burgh was the only SA swimmer to progress beyond the heats on the opening day of the Olympics. 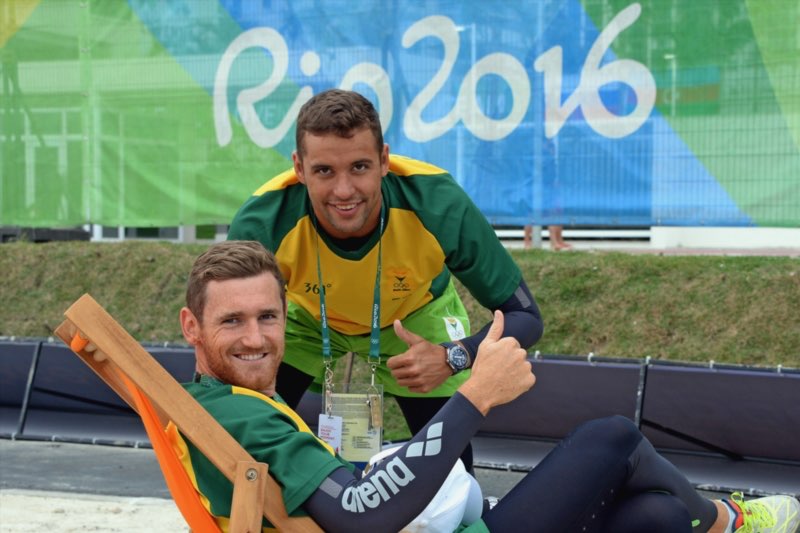 Defending champion Cameron van der Burgh remains confident that gold is within his reach, after qualifying third fastest on Saturday night for the men’s 100m breaststroke final at the Rio Olympics.

The former world record holder had been seventh among the first-round qualifiers, touching the wall in 59.35.

Returning to the pool for the semifinals in the evening session, he stopped the clock at 59.21 to finish behind British star Adam Peaty, who set a global best of 57.55 in the heats, and Cody Miller of the United States.

“The semi was not as great as we wanted it to be, but I’m still in a place for a medal,” Van der Burgh said.

“The goal is still gold, but I’ve always said I want to do my best, and if that means silver I’ll be happy with that.”

Van der Burgh was the only SA swimmer to progress beyond the heats on the opening day of competition.

Myles Brown broke his own national record by 0.16, clocking 3:45.92 in the 400m freestyle heats, but it was not enough to book his place in the final after ending 12th in the rankings.

Earlier on day one of the Games, road cyclist Louis Meintjes had put up a fight, with the 24-year-old athlete remaining in contention until the latter stages of the gruelling 241km men’s road race.

He formed part of a chase group that was unable to close down a three-man breakaway, however, and eventually ended seventh, crossing the line 22 seconds off the pace of gold medal winner Greg van Avermaet of Belgium, who won gold in 6:10:05.

“It was a really long, hot day and I think me and Daryl (Impey) worked well together with what we had, and with our capabilities I think we rode a really good race.”

Impey finished 28th after supporting Meintjes until the final climb, a monstrous 8km hill near the end of the race.

Shaun Keeling and Lawrence Brittain got the SA rowing team’s campaign off to a positive start.

The men’s pair finished second in their first-round heat in 6:41.42, crossing the line 0.63 behind the Australian duo of Spencer Turrin and Alexander Lloyd, as they progressed automatically to Tuesday’s semifinals.

The national women’s football team lost 2-0 to China, and after going down 1-0 to Sweden in their opening game earlier in the week, their chances of progressing to the playoffs came to an end.

Banyana Banyana would play their final match of the Games in a dead rubber Group E clash against hosts Brazil in the early hours of Wednesday morning (SA time).

Ryan Patterson, the only other SA athlete competing on day one, settled for 46th position in the men’s all-round artistic gymnastics competition.

On Sunday’s second day of action at the multi-sport Games, Ashleigh Moolman-Pasio was expected to line up as a medal contender in the women’s road cycling race, with the support of An-Li Kachelhoffer.

Chad le Clos, a double medallist at the 2012 showpiece in London, was scheduled to turn out in the opening round of the men’s 200m freestyle, and Chris Reid was gearing up to hit the water in the 100m backstroke heats.

And the SA men’s Under-23 football team, who held a fancied Brazil side to a goalless draw in their opener, were due to face Denmark in their second group fixture.