The cyclist said she was pleased to make the top 10 and had the time trial to look forward to on Wednesday. 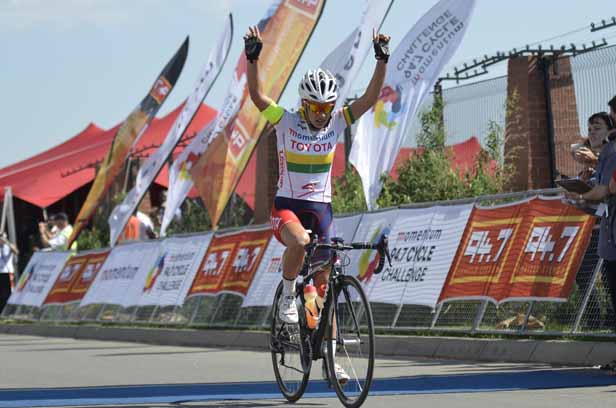 Ashleigh Moolman-Pasio held on for 10th place in the women’s road race on Sunday, after struggling in a lone effort in the closing stages against the world’s best cyclists at the Rio Olympics.

With team-mate An-Li Kachelhoffer helping reach the bottom of an 8km climb in the late stages of the 141km contest, Moolman-Pasio was well placed in the chase group but did not have the strength to stay in touch and slipped out of contention.

She crossed the line one minute, 14 seconds (1:14) behind Dutch rider Anna van der Bruggen, who won the gold medal in 3:51:27 after race leader Annemiek van Vleuten wiped out in a horrific crash on the technical descent towards the finish.

“Disappointed not to get a medal but I have another go in the time trial on Wednesday and I’ll do my best.”

Kachelhoffer, who entered the race as the lone support rider for her compatriot, ended 39th.