The national rowing squad led the way in the early session at the Rio Olympics on Monday, with three boats coasting into the semifinals in their respective events. 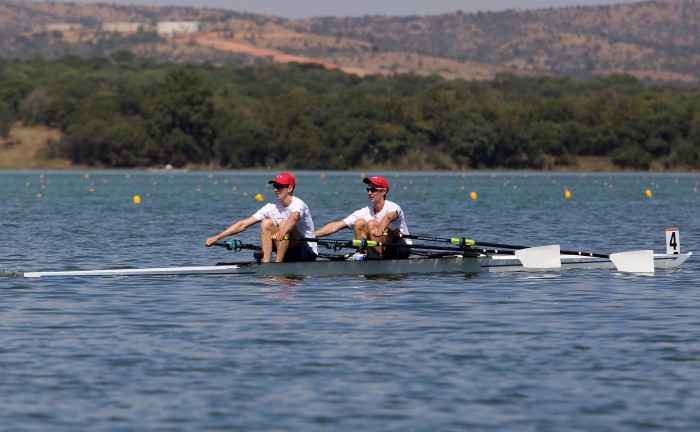 While four of the team’s five crews had been forced to wait an extra day to get their campaign under way, after their first-round races were cancelled on Sunday with strong winds forcing organisers to delay the regatta for safety reasons, they were all able to hit the water on day three of the multi-sport spectacle.

Former world champions James Thompson and John Smith, who had formed part of the lightweight four crew who won gold at the London Games four years ago, cruised to victory in their heat in 6:23.20 to book their place in tomorrow’s lightweight men’s double sculls semifinals.

“We had a good start, and to see that we were down (in the early stages) was a little bit nerve-racking, but we were always moving and just got more and more confident through the race, and I thought we handled the conditions well,” Smith said.

The lightweight women’s double sculls team of Ursula Grobler and Kirsten McCann, the bronze medallists at last year’s World Rowing Championships, also earned a comfortable win in their heat in 7:07.37.

“We’re taking it one day at a time. Pretty happy to have gotten through into the semifinals, and we’ll focus on that from here,” McCann said.

The women’s pair crew of Kate Christowitz and Lee-Anne Persse finished second in their heat in 7:11.29, also progressing directly to the penultimate round of their division.

While they still had a chance to join their compatriots in semifinal action on Wednesday, they would need to progress through a repechage on Tuesday.

Elsewhere on Monday, in the swimming pool, defending champion Chad le Clos was third fastest in the men’s 200m butterfly heats (1:55.57), comfortably securing his place in the semifinals, which were set to be held in the early hours of Tuesday morning (SA time).

Compatriot Sebastien Rousseau was ranked 23rd in 1:57.33 and he was eliminated.

Le Clos was also due to turn out in the 200m freestyle final in the later session.

Sailor Stefano Marcia was 30th in the first race of the men’s laser class and trailed home in 25th place in the second contest.