Lions have been awesome – Bok lock

There’s no denying – the Lions did excellently in this year’s Super Rugby competition despite going down in the final, said big Springbok lock Lood de Jager. 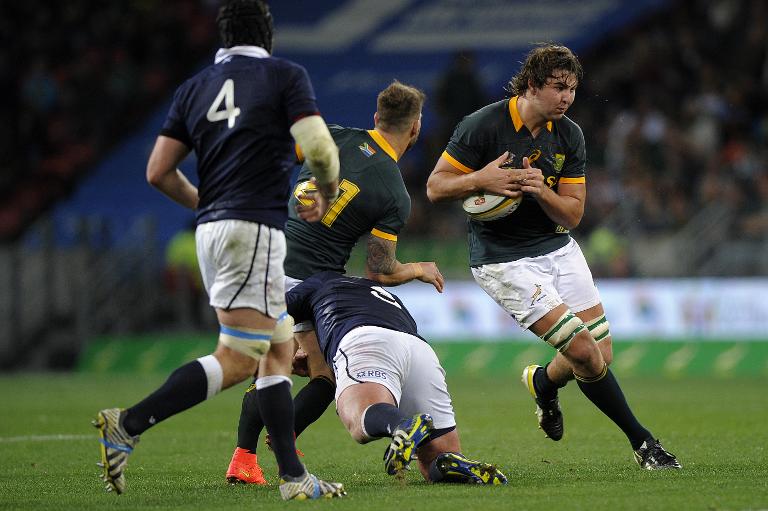 De Jager was full of compliments on Tuesday about the Lions’ performance even though he felt hurt that the Cheetahs couldn’t imitate the performance. He will be joining the Bulls next season.

“The Lions did really well and it was good for SA rugby to have a team in the final,” said De Jager.

“They’ve been together longer than we have been at the Cheetahs; they have a bit more quality in some areas,” he said.

“But Test match rugby is really different to Super Rugby; it is much tighter, more physical; it’s just a step up and you are getting tested in every aspect of the game.”

De Jager needed no second reminder of what happened in Durban last year when the Pumas shocked the Boks 37-25 … and exposed the Boks on defence.

“We were really gutted after that loss to Argentina in Durban last year and hopefully we can avenge that next week, but we have also beaten them twice since that day.”

De Jager, however, warned what the Pumas were capable of.

“The Jaguares and Argentina have a lot of the same players, but they turn into a different animal when they put on the Puma shirt and you can see it when they sing their anthem. Half of them are crying and ready to rip your head off.

“It’s going to be tough and a lot more challenging that what the Jaguares were,” De Jager said.

“It’s a whole different game; it’s Test match rugby and we’ll have to be up for it and looking forward to it to start going – and hopefully we can pull it through.”