Cameron van der Burgh was eliminated from the men's 200m breaststroke on Tuesday, in the biggest upset thus far for Team SA at the Rio Olympics, during a disappointing morning session in the pool. 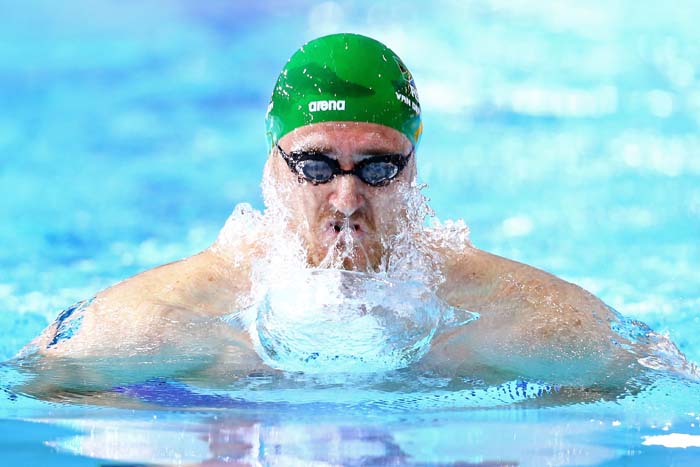 Two days after charging to the silver medal in the 100m event in his specialist stroke, Cameron Van der Burgh completed his heat over the longer distance in 2:12.67 to end 26th in the rankings, missing out on a place in the semifinals in the evening session.

His compatriot, Jarred Crous, finished one place ahead in 2:12.64 in the overall results and he too was eliminated.

The national men’s 4x200m freestyle relay quartet – Myles Brown, Calvyn Justus, Sebastien Rousseau and Dylan Bosch – ended 11th fastest in the heats in 7:12.61 and they were knocked out before the evening final.

Elsewhere on day four of the Games, the Blitzboks got their campaign off to a flawless start in the rugby sevens tournament.

The national squad romped to a convincing 24-0 victory over Spain in their opening Pool B match, and defeated France 26-0 in their second fixture to ensure their spot in the quarter-finals.

Another easy win for the Blitzboks, beating France 26-0, to book their place in the rugby sevens quarter-finals tomorrow #Rio2016 #WB

They will face Australia in their last pool game on Wednesday ahead of the first round of playoffs.

Meanwhile, all five South African rowing crews remained in contention for medals after two boats progressed to the next rounds of their respective events.

The men’s pair of Shaun Keeling, a former World Championships bronze medallist, and Lawrence Brittain, who won a battle with cancer early last year, progressed safely through the heats to book their place in the A final on Wednesday.

The duo ended third in their semifinal in 6:27.59, crossing the line behind the New Zealand and Great Britain boats.

The SA men's rowing pair (Keeling and Brittain) ended third in their semifinal in 6:27.59. They're in the A final on Thursday #Rio2016 #WB

The men’s four squad of David Hunt, Jake Green, Jonty Smith and Vincent Breet bounced back after finishing fourth in their heat the day before to win the repechage in 6.34.97, completing the 2 000m race 1.53 seconds clear of the second-placed team from Belarus.

They will compete in the semifinals on Wednesday, along with the SA women’s pair (Kate Christowitz and Lee-Ann Persse), and the men’s (James Thompson and John Smith) and women’s (Ursula Grobler and Kirsten McCann) lightweight double sculls crews.

The men's four rowing crew won their repechage in 6:34.97. Great effort. They book their place in tomorrow's semifinals #Rio2016 #WB

Sailor Stefano Marcia continued to struggle against the world’s best in the men’s laser class, finishing 42nd and 39th in the third and fourth races of the competition.