The Citizen brings you live updates from the Rio Olympics. 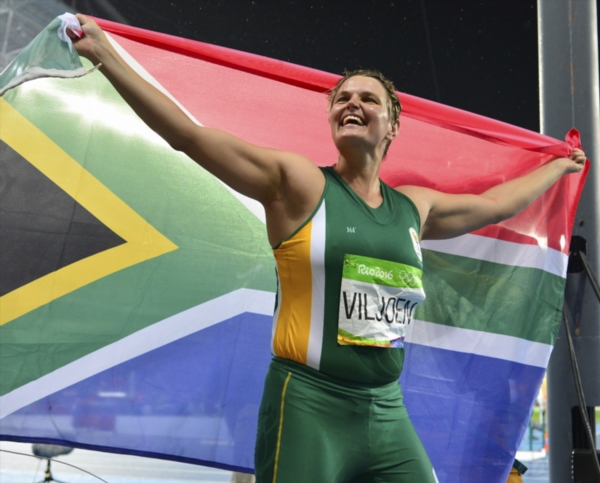 Sunette Viljoen of South Africa celebrates after finishing second and winning the silver medal in the women's javelin during the evening session on Day 13 Athletics of the 2016 Rio Olympics at Olympic Stadium on August 18, 2016 in Rio de Janeiro, Brazil. (Photo by Roger Sedres/Gallo Images)

The Citizen reporter Wesley Botton will be giving us live updates from the Olympics in the widget below:

Firm favourite Caster Semenya cruised through her first-round 800m heat on Wednesday, booking her place in the semifinals of the two-lap contest at the Rio Olympics.

She won her race in 1:59.32, progressing safely to the penultimate round, to be held in the early hours of Friday morning (SA time).

“That was not easy. It was pretty hot out there,” Semenya said afterwards.

“I was just trying to hang on, feel my body first so I could feel comfortable.

Semenya, holding three of the four fastest times in the world this year, went into her specialist event as the outright favourite after clocking 1:55.33 in Monaco last month to break her own national record.

While she also qualified for the 400m and 800m events at the Games, she opted out of both in order to focus on the two-lap contest, in which she won the 2009 world title and bagged silver at the previous edition of the Games in London four years ago behind Russian doper Mariya Savinova.

While a media frenzy and public outcry had been expected by some due to a revived debate regarding her gender, Semenya walked through the mixed zone unscathed after her opening race, with SA team officials escorted her through the interview area without any issues.

Wayde van Niekerk produced the best performance by a South African athlete in half a century in the early hours of Monday morning.

Starting in lane eight, Van Niekerk charged out the blocks and held the lead from start to finish in the men’s 400m final at the Rio Olympics, shattering the world record to secure the gold medal in 43.03 seconds.

“I was so scared someone was going to catch me I just kept pushing and pushing, and at the end I just dove for the line,” Van Niekerk said.

While James had lined up as the favourite, after dominating the earlier rounds, he was unable to put up a fight against the South African.

“He just kept going and going, and never slowed down, but I’m proud of Wayde’s accomplishment and so proud to be a part of history,” James said.

Van Niekerk became the first SA athlete to set a world record in an Olympic track event since Paul Nash clocked 10.0 in the men’s 100m dash in 1968.

Shortly after the 400m dash, Van Niekerk waited at the side of the track to watch good friend Akani Simbine in the men’s 100m final.

Bolt, who trained with the duo in Kingston earlier this year, had given Simbine a hug while the SA record holder was waiting to see if he had progressed beyond the 100m semifinals, and also went up to Van Niekerk to congratulate him after his record performance.

South Africa will be running today’s Olympic marathon with one less person on the team. Irvette van Zyl is out with a foot injury, but we still have Lebo Phalula and Christine Kalmer to carry the flag.

The race is a unique one in the games, as it features three identical Estonians. Identical twins have participated in the Olympic games before, but it will be the first time triplets participate at the same event at the games. Leila, Like and Liina Luik are aged 30.

Chad le Clos bounced back to top form in the early hours of Saturday morning (SA time), closing out the national swimming team’s campaign in the pool in style as he snatched one of three silver medals in a hard-fought 100m butterfly contest at the Rio Olympics.

The reigning world champion returned to the podium after crashing out in his attempt to defend his 200m butterfly title three days earlier, touching the wall in 51.14 and sharing second place with American legend Michael Phelps and Hungarian Laszlo Cseh. Joseph Schooling of the Philippines won gold in 50.39.

Having bagged silver in the 200m freestyle final in the early stages of the Games, and gold and silver at the previous edition of the showpiece, he became the first South African to earn four medals in the country’s 112-year history at the quadrennial spectacle.

In the bronze match of SA vs Japan ahead of the gold match in Rio between Fiji and Great Britain, the Blitzboks prevailed to clinch Team SA’s fourth medal of the Games.

It was the first time the sporting code was featured at the quadrennial sporting extravaganza.

Also, Chad Le Clos booked his spot in the 100m butterfly final, to be held on Saturday morning, where he will attempt to defend his title as the reigning world champion.

Coasting into the men’s 100m butterfly final in the early hours of Friday morning (SA time), Chad le Clos said he had recovered from his failure to earn a medal in his 200m title defence in his specialist stroke, as he targeted his second medal of the Rio Olympics.

After securing silver in the 200m freestyle earlier in the week, Le Clos had finished fourth in the 200m butterfly final two days ago to miss out on the podium, and was widely criticised for his pre-race antics in trying to intimidate American legend Michael Phelps.

Moving on in an attempt to focus on the 100m race, an event in which he is the reigning world champion, he said he was in a better space ahead of his last individual race of the Games, to be held on Saturday morning.